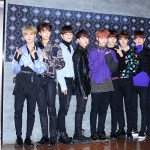 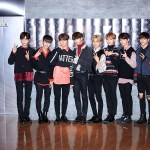 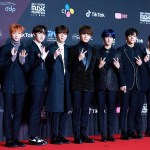 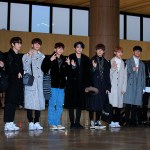 The Stray Kids comeback is here and it is awesome. The K-pop group released their epic new music video for ‘Side Effects’ and it may just be their best yet.

Stray Kids dropped their brand-new music video for “Side Effects” on June 19, making it the best Wednesday in recent memory. The 9-member K-pop group — which includes Woojin, Bang Chan, Lee Know, Changbin, Hyunjin, Han, Felix, Seungmin, and I.N. — shines in “Side Effects.” The choreography in the music video is stellar and the vocals are top notch. Once the music video was released, “#StrayKidsComeback” became a top trending topic on Twitter.

Fans are loving the new music video. One fan tweeted, You guys HAVE to check out @Stray_Kids ‘s new song #SideEffects it’s in the psychedelic trance genre and very interesting for a KPOP group.” Another fan wrote, “The long wait is over!! Stray Kids’ Side Effects is now out. skz music never disappoint but it exceeded our expectations!!” After the release of the music video, the group also started responding to fans on Twitter.

Stray Kids was formed back in 2017. The group made its official debut in March of 2018 with the EP I Am Not. Stray Kids became an instant sensation in the K-pop world and they’re just getting started.

“Side Effects” is a song off the group’s new album Cle 2: Yellow Wood. The song is the lead track for the album. Other songs include “Road Not Taken” and “TMT.” In addition to their music, the K-pop group was also appointed honorary ambassadors of the Korea Culture and Information Service (KOCIS).