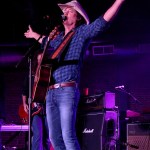 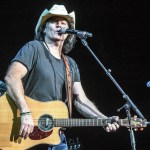 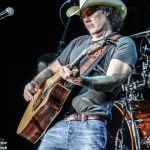 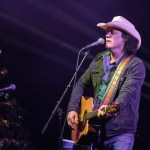 ‘Everything’s Gonna Be Alright’ was the hit of last summer! Now, David Lee Murphy is reflecting on the success of his duet with Kenny Chesney in an interview with HL!

David Lee Murphy is responsible for so many chart-topping country music jams, and his longtime collaborator, Kenny Chesney, thought it was time for David to get back into the studio last year and record some music of his own! “I had resisted doing it for several years. I was writing songs, on the farm, having a good time, I would go out and play anyway. But, Kenny told me I was overdo and suggested we go into the studio,” David revealed in an EXCLUSIVE interview with HollywoodLife.com. “‘Everything’s Gonna Be Alright’ was the last song we cut for the record, and it ended up being the first single. It was really great, but we had no expectations.”

The fans, however, loved it and the song quickly went viral, shooting to the top of the charts and earning the duo a CMA Award. “We kept the song a secret for a long time, just because we didn’t want to have it hyped up to where there were expectations. We were just doing it to have fun,” David explained. “We didn’t think that was going to happen. We were joking around and said, ‘We’re going to laugh our asses off if we get a number one and win some sort of award’…And we laughed our asses off when we did!”

David continued, “For all of the stuff that Kenny does, he was laughing his ass off for me. He was having fun for me.” The friends embarked on Kenny’s Trip Around The Sun tour last summer together. They’re currently on the Songs For The Saints 2019 tour, which focuses on smaller-scale venues and markets, as opposed to the typical stadiums! “We’ve been having just such a great time out here,” David said.

You can still get tickets to the remaining tour dates, and catch David’s album, No Zip Code, available now!