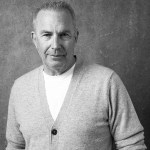 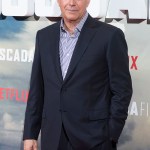 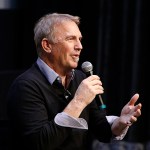 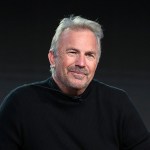 Watch your language, Kevin Costner! After being accused of ‘peaking’ thirty years ago, the ‘Field Of Dreams’ star let an F-Bomb fly and it left everyone – including Kevin — stunned!

Fans tuning into the June 17 episode of The Dan Patrick Show were likely shocked after they heard Hollywood Icon Kevin Costner, 64, drop an F-bomb on the air. “When you were getting pitched Field of Dreams,” co-host Paulie Pabst asked, “You were at your peak of stardom, did you ever think, ‘This could be really silly?’ A visibly upset Kevin had an issue with someone insinuating that he “peaked” back in 1989 when Field of Dreams came out. What, do you think I peaked? What are you talking about? What the f*ck are you talking about?” he demanded.

At first, it appeared if Kevin was legitimately upset at this but – credit his acting ability, because he went from furious to friendly in less than a second after dropping the F-bomb. Actually, it seemed like even he was surprised to hear Kevin Coster say the f-word out loud. The on-air curse also sent all the hosts scrambling, as they reminded Kevin that he couldn’t curse on live radio. “Paulie, you can’t say that, and you [Costner] can’t say that!” Dan Patrick said, with Kevin indicating that Paulie had started the fight. “Did you see what he said to me? He said I peaked!”

“I apologize for humiliating you,” Kevin said to Paulie before apologizing to the audience. “You can use that word if you just use it sparingly, and it’s just like a sword.” He also answered the co-host’s question, explaining how Field of Dreams was a “dangerous” movie to make because it walked the edge between “genius” and “borderline goofy.” Thankfully, director Phil Robinson and the rest of the crew walked that line because Field of Dreams is considered a modern classic.

Kevin had stopped by The Dan Patrick Show to talk baseball and the second season of Yellowstone, which begins on The Paramount Network on Wednesday, June 19. Kevin portrays the patriarch of a powerful ranching family fighting to keep their land. “People are reminded once again when they watch that these places still exist,” he said while visiting CBS This Morning on June 17. “You can get caught up in what you do, but quite a lot of history went down out there. I don’t think we ever tire of seeing running rivers and valleys and mountains, and if you can set a drama against all that, it’s fun. If you can set a boy-girl movie against minor league baseball in Bull Durham, it’s fun!”