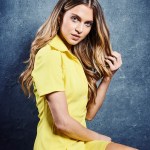 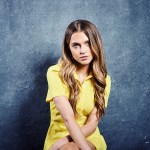 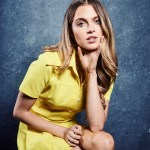 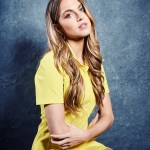 ‘Grand Hotel’ premiered June 17 and Anne Winters’ character, Ingrid, found herself right in the thick of the drama. HL spoke EXCLUSIVELY with Anne about diving into the juicy role, what’s next, and more.

The Grand Hotel series premiere featured so many twists and turns. One of those jaw-dropping twists was that Ingrid, a hotel maid, is pregnant with hotel manager Mateo’s baby. When Ingrid told Mateo and he said to get rid of the baby, she took matters into her own hands. She made Javi, the son of the hotel owner, believe that they hooked up and she is now pregnant with his baby. HollywoodLife talked EXCLUSIVELY with Anne Winters, 25, about where Ingrid and Javi’s dynamic goes from here. “Our relationship is a roller coaster,” Anne told HollywoodLife. “It is kind of crazy because I don’t think Ingrid thinks that he’s really going to step up and take on that role at first, and she’s kind of just seeing how it goes. She doesn’t realize that she really can hurt people and I’m going to let you guys see what happens, but their relationship is definitely very involved and becomes more than Ingrid thought they would be.”

Ingrid is going to protect herself at all costs. However, she’s got a plethora of things to juggle this season. “She has a lot of things going on. She’s balancing so many different relationships, she’s balancing her life, and trying to basically get out of her job,” Anne continued. “She hates being a maid, she hates her job, she just wants an easier life, and she’s seeing all these richer and more popular people in the hotel just have life easy, and I think she’s just over it. I’ve never played a character that was so interesting and manipulative and having so many juggling things in one season. It was really cool.”

There’s a lot to unpack with Ingrid. Anne revealed that we will get more answers about Ingrid over the course of the season. “You’re definitely going to see a lot of layers of Ingrid, for sure,” Anne continued. “I mean, at first, you see this girl who just really hates her job and wants to do anything but be a maid at this hotel. She’s really just trying to make ends meet. And then, you kind of see her think that she can’t hurt anybody. I feel like her mentality of like, ‘I just want to get to the top and I don’t care who’s in my way.’ That kind of mentality really ends up making her think about it because you can’t hurt people. People have feelings and you can’t just be selfish. So, I think that’s a big lesson that she learns.”

Anne admitted that she was a little hesitant about the role of Ingrid at first. However, when she learned how Ingrid’s story plays out, she was in. “When I saw the character description as being a pregnant maid, I was like, ‘Um, I don’t know if this is for me,'” Anne said. “And then when I went in for the audition and the producers and writers really liked my read. So I was like, ‘I really want to understand more about the character because, at this face value, I don’t know, does she have more interesting things happening?’ And then when I talked to them on the phone, they kind of broke down the whole character and the season and I was like, ‘Wow, this is so interesting.’ It was way more than I had expected, and I think you’ll see that as the season progresses.”

Ingrid’s co-worker, Jason, is pretty much her only friend at the Riviera Grand. But it’s clear that Jason wishes it were something more. “He definitely has romantic feelings for Ingrid,” Anne told HollywoodLife. “I think Ingrid kind of knows that but pushes him away because, in her mind, especially from the beginning, he doesn’t have any money, so he’s not going to really help her get to where she needs to be. He’s still a waiter and she’s a maid and she’s trying to get somewhere else. In her mind, she’s trying to not date that kind of guy. And I think she thinks that he’s way too nice for her.” Grand Hotel airs Mondays at 10 p.m. on ABC.