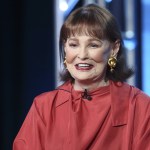 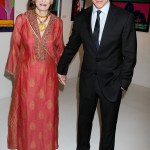 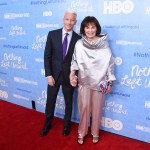 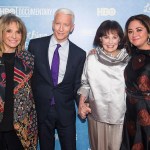 After it was confirmed that Gloria Vanderbilt had died at the age of 95, her son, Anderson Cooper, released a sweet video tribute on CNN, in which he reminisced on her life, their time together and more.

Anderson Cooper is grieving the loss of his mother, Gloria Vanderbilt, who has sadly passed away at the age of 95. Anderson confirmed the news himself on CNN, and along with the announcement he released a video obituary to memorialize his mom. In the video, Anderson shared stories of how his mom grew up, and the hardships she faced after being taken away from her mom and put into custody of her father’s sister, Gertrude, who she barely knew. He relived her marriages and her life as a public figure, who worked as a painter, actor, designer and writer. However, it was when he talked about her life away from the public eye, that viewers could really get a picture of who Gloria was.

“Her private self, her real self, was more fascinating and lovely than anything she showed the public,” Anderson admitted. “I always thought of her as a visitor from another world — a traveler, who was stranded here from a distant star that burned out long ago. I always felt like it was my job to protect her. She was the strongest person I ever met, but she wasn’t tough. She never developed a thick skin to protect herself from hurt. She wanted to feel it all — life’s pleasures, and pains as well. She trusted too freely, too completely and suffered tremendous losses, but she always pressed on, always worked hard, always believed the best was yet to come. She was always in love — with men, or with friends or books and art, in love with her children and her grandchildren and great-grandchildren. Love is what she believed in more than anything.”

Then, Anderson explained that it was just earlier this month that Gloria was hospitalized and told she had “very advanced cancer in her stomach” that had spread. She died shortly after that, but the CNN anchor looks back fondly on the time he had with her.

“Gloria Vanderbilt died as she lived — on her own terms,” he concluded. “I know she hoped for a little more time…a few more days or weeks, at least. There were paintings she wanted to make, books she wanted to read, dreams to dream. But she was ready. She was ready to go. She spent a lot of time alone in her head in her life, but when the end came, she was not alone. She was surrounded by beauty, and by family and friends.  The last few weeks, every time I kissed her goodbye, I’d say…I love you mom. She would look at me and say, I love you, too, you know that. And she was right — I did know that. I knew it the moment I was born and I’ll know it for the rest of my life. In the end, what greater gif can a mother give her son? Gloria Vanderbilt was 95 years old when she died. What an extraordinary life. What an extraordinary mom. What an incredible woman.”

In addition to Anderson, Gloria also had three other sons throughout her illustrious life. Two of her sons, she shared with Leopold Stokowski, while the third, Carter Vanderbilt Cooper, she shared with Anderson’s father, Wyatt Cooper. Carter committed suicide at the age of 23 in 1988.