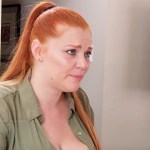 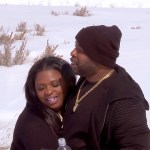 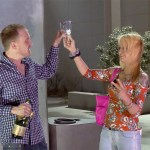 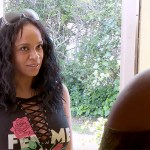 Megan is not giving up on her relationship with Michael. She drives to go pick him up from prison in this EXCLUSIVE ‘Life After Lockup’ preview and is ready to face his wife and his mother.

The Life After Lockup series premiere airs June 14 at 9 p.m. on WE tv. In our EXCLUSIVE preview, Megan is driving to pick Michael up from prison on the day of his release. She’s determined to get answers about everything, including Michael’s wife. “Even though my head is like this is stupid, this is dumb, my heart is literally pulling me like a magnet to him,” Megan admits. “I’m so nervous.”

If Michael wants to work things out with his wife, then he needs to tell her. Megan notes that Michael’s actions say that he doesn’t want to be with his wife. As for what Megan wants to do about Michael’s mom, she has a plan. “If Carolyn shows up, I’m going to confront her,” Megan says. “I want to ask her why she didn’t say anything about Michael being married.” Michael’s mom and his sister, Dayday, are heading to the prison as well.

Megan also has news for Michael. “I have something to tell Michael and I don’t know how he’s going to take it,” Megan admits. “It’s time for everybody to face the music and that’s why I’m here.” The preview ends with Carolyn and Dayday pulling up right next to Megan at the prison.

The synopsis for the series premiere reads: “Megan faces Michael’s family at his release. Clint fears Tracie’s final hours of parole when she demands to meet his disapproving mom. Marcelino worries Brittany’s felon friends can send her back to jail. Jazmyne warns Lizzie to stay away from Scott.”