Miranda Lambert is enjoying city life in NYC with her new husband Brendan McLoughlin. But don’t worry, she’s not switching up her style — she’s still totally country and she has the cowboy boots to prove it.

Miranda Lambert, 35, rocked her cowboy boots for a day out in the city with her husband Brendan McLoughlin. The “Little Red Wagon” singer, who married the NYC police officer in a secret ceremony in January, is spending lots of time in New York these days. And life in the Big Apple appears to be agreeing with Miranda because she looked absolutely stunning when she stepped out with Brendan on June 13 for a lunch date.

Miranda was the perfect mix of urban and country for her day out with her hot hubby. She paired a short rust colored skirt and black lacy top with a studded black leather southwestern style belt and black cowboy boots. She completed her look with turquoise bracelets and oversize hoop earrings. But Miranda’s best accessory was her gorgeous man, who held her hand tightly as they walked to lunch. He wore a linen blazer, white dress shirt and dark bootcut jeans with burgundy leather brogues.

As HollywoodLife previously reported Miranda and Brendan have been traveling back and forth between their home bases of Tennessee and New York. “Miranda and Brendan are spending part of their time in New York City so he can work,” a source explained. “They don’t want to do the long distance thing, so she goes with him, and then they spend the rest of the time together in Nashville.” 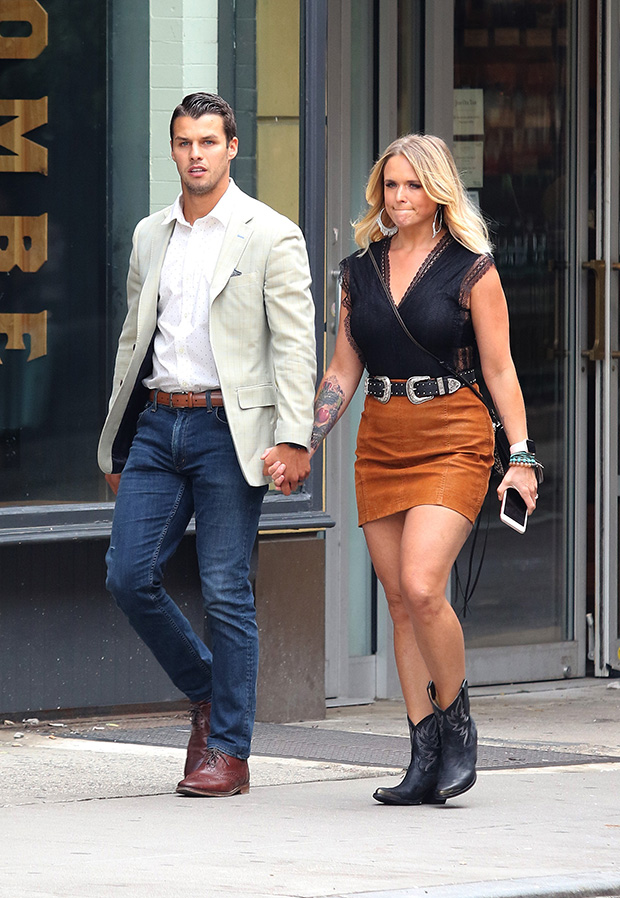 And thanks to her hubby Miranda has grown very fond of the big city. “It’s very fun and romantic for Miranda,” the source shared. “She’s a country girl, but Brendan is making her see the city in a new way. She’s totally fallen in love with New York.” Of course Miranda is a superstar so she can’t stay put for long. She’ll be touring all summer with her band, Pistol Annies, and Brendan’s going on the road with her. It will be like old times for the couple since they met when he worked crowd controlled for a Pistol Annie’s concert in Times Square in November 2018.