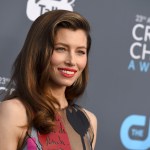 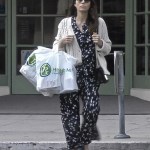 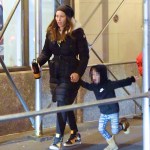 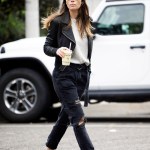 Jessica Biel has never publicly said she’s against vaccinations, but fans are now worried because she met with CA lawmakers alongside Robert F. Kennedy, Jr., who has questioned vaccination programs.

UPDATE 6/13/19 AT 9:20 A.M. ET: Jessica took to Instagram on June 13 to clarify her views on vaccinations and reveal why she lobbied against the SB-276 bill. “I am not against vaccination — I support children getting vaccinations and I also support families having the right to make educated medical decisions for their children alongside their physicians,” Jessica wrote. “My concern with #SB276 is solely regarding medical exemptions. My dearest friends have a child with a medical condition that warrants an exemption from vaccinations, and should this bill pass, it would greatly affect their ability to care for their child in this state. That’s why I spoke to legislators and argued against this bill. Not because I don’t believe in vaccinations, but because I believe in giving doctors and the families they treat the ability to decide what’s best fr their patients and the ability to provide that treatment.”

Robert F. Kennedy, Jr., 65, announced that he had a “busy and productive day” at the California State House with Jessica Biel, 37, on June 11, and fans are now assuming the worst. In a series of nine photos together, Robert F. Kennedy’s son gave a peek at his day with the 7th Heaven actress as they met with California lawmakers like Autumn Burke to lobby against SB-276. The new state bill would require the State Department of Public Health to approve every medical exemption form written by a physician, as the existing law currently allows children to skip out on immunizations with a written statement from their physician — AKA, it would be much harder to flake on vaccination day with a paper slip. Twitter was horrified to see Jessica working against the stricter rules, and so they resorted to labeling her an “anti-vaxxer” although she has not publicly identified as one.

“So Jessica Biel is an anti-vaxx activist… she’s canceledt [sic], next,” one person tweeted, while another person shared Jessica and Robert’s photo and wrote, “I’m so tired of the anti-vaxx stupidity. I’m afraid we’ll eventually have a major outbreak of a disease that results in many needless deaths all because of their ignorant anti-science stance.” On the note of disease outbreaks, a third fan dragged Jessica’s husband into the mix: “Justin Timberlake brought sexy back, and his wife Jessica Biel wants to bring measles back.”

The anger piled on, considering alarming statistics that have recently made headlines: there were 1,022 individual cases of measles reported in the U.S. as of June 6, according to the Centers for Disease Control and Prevention. That’s the highest number of cases the country has seen since 1992, the CDC reported — a major step back, after measles had been “declared eliminated” in 2000. But vaccines don’t prevent measles alone, as a Twitter user sadly wrote, “As an adult living with a disability from a vaccine-preventable illness I got as a toddler, I wont do anything that gives [Jessica] a single dollar you can use to imperil more kids.”

Please say thank you to the courageous @jessicabiel for a busy and productive day at the California State House.

Apparently she and her husband Justin Timberlake will be bringing measles back. https://t.co/3QvaB1TC1x

Despite the “anti-vaxx” tweets, Jessica has yet to publicly decry vaccinations. HollywoodLife has also reached out to Jessica’s rep for comment. Her lobbying partner, Robert, also avoided that label when explaining why Jessica is getting mixed up in vaccination politics. “I would say that she was for safe vaccines and for medical freedom. My body, my choice,” the activist told The Daily Beast in a June 12 post. “The biggest problem with the bill, which is something I think Jessica is concerned with, is that a doctor who has made a determination—if he has found children in this state whose doctors have determined that they’re too fragile to receive vaccinations—this bill would overrule the doctors and force them to be vaccinated anyways.”