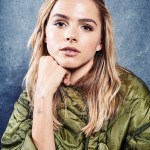 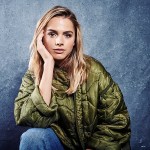 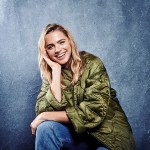 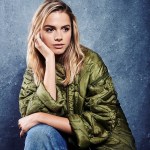 Laine Neil returns to her role of Patty Byrne in the highly-ancticipated season 2 of ‘Strange Angel,’ & talks to HL about where her story is headed!

Strange Angel returns for season 2 on June 13 on CBS All Access, and fans are wracking their brains wondering what is to come for Jack Parsons (Jack Reynor) and his discovery of a mysterious world that also leads him to groundbreaking scientific discoveries. Laine Neil, who was just upped to a series regular for season 2, plays Patty Byrne, Susan Parsons’ younger sister in the Ridley Scott show. She spoke to HollywoodLife.com EXCLUSIVELY about the new season and what is to come for her character! “The upcoming season definitely gives you more insight into life at the Agape Lodge,” Laine explained, referring to the California-based chapter of the Ordo Templi Orientis — the religious organization Jack Parsons has become a disciple of. “Jack and Susan are now very much a part of it and it explores the affect that it has on everyone in their own specific ways.”

Ordo Templi Orientis was founded in the beginning of the 20th century and was organized around the Law Of Thelema, which preaches “Do what thou wilt shall be the whole of the Law” and “Love is the law, love under will.” The philosophy was developed by occultist Aleister Crowley, who we learn largely inspired Parsons to become a follower. According to Crowley, who saw himself as a ‘prophet of the new age, he was visited by a “praeterhuman” that called itself Aiwass that dictated a text known as The Book of the Law, which outlined the principles of Thelema. The beliefs include “True Will,” which is one’s “calling in life,” and Magick, which Crowley believed as a means of finding your “True Will,” that typically included Sex Magicking — something explored in Strange Angel. Crowley also believed that once a magician finds his True Will, he must remove any elements that gets in the way of his success.

“This season, you’ll get a much better understanding of the world of Thelema,” Laine added. “Patty has very clear goals, and seeing how she achieves them, and where she will go is going to super interesting, and I don’t want to give away too much, but she has a pretty insane trajectory, and a very interesting way of going about things!” We can’t wait to see what’s to come in this season of Strange Angel, and the mysteries of Ordo Templi Orientis! Be sure to watch Season 2, starting June 13 on CBS All Access.