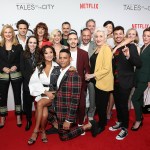 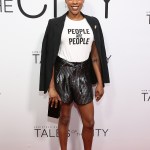 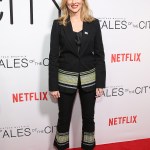 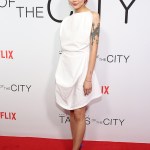 Laura Linney returns to 28 Barbary Lane, reprising her role as Mary Ann Singleton in the new ‘Tales Of The City.’ She tells HL what it was like to return to her roots.

Netflix’s reimagined Tales Of The City, takes us back to Armistead Maupin‘s fictionalized 28 Barbary Lane to a community of loving individuals who embrace each other’s eccentricities and sexualities. Laura Linney starred as the lead Mary Ann Singleton in the 1993 PBS television miniseries of the serialized tales by Maupin, originally in the San Francisco Chronicle. Laura reprised her character in the second and third installments of the Tales Of The City in ’98 and ’01 on Showtime, all to rave reviews, especially considering the topic was “taboo” for the time. Now, in the midst of Pride Month and an ongoing movement for equality, Netflix has brought back the characters of 28 Barbary Lane, with some beloved characters and several new faces. Laura Linney spoke to HollywoodLife about returning to her character of Mary Ann Singleton in the new series, and why this is the perfect time for Armistaud Maupin’s stories to be introduced to a new generation.

“It’s like going home for me,” Laura told HollywoodLife.com in an EXCLUSIVE interview at the premiere of the series in NYC. “I am deeply grateful to Mary Ann Singleton and everything that 28 Barbary Lane has brought to me, personally and professionally. It has guided my entire professional career and given me friendships and relationships with people that I will treasure for the rest of my life. It’s a very, very, very blessed place to be.” The new characters in the Netflix miniseries include Mary Ann’s estranged adopted daughter Shawna, played by Ellen Page, and Claire Duncan (Zosia Mamet), Shawna’s love interest. Familiar faces are welcomed, as well, like Olympia Dukakis, who reprises her role of Anna Madrigal, a 90-year-old transgender woman and the owner of 28 Barbary Lane.

“There was no reason to do Tales again, I felt, unless it was passed down to the next generation. The cultural landscape has changed so drastically in 25 years, and it needed to address that, so it’s wonderful to be able to introduce people into something that’s meant so much to you,” Laura said of introducing new ‘chosen family’ into the series. “There’s a generosity of spirit, which I hope I was able to foster onto this next amazing group of people. And, hopefully, they’ll do the same in the future.”

She added that Tales is very much an “American” story, but also a “global” story. “It’s revolutionary in the reclaiming of stories about LGBTQ people being told by LGBTQ people,” Laura explained. “I think all of our writers were LGBTQ, all of our directors were LGBTQ, most of our crew, most of the actors are aligned with the sexuality of the characters, not all but most. We are taking a stand.” You can watch Tales Of The City, available on Netflix now to #binge!