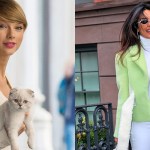 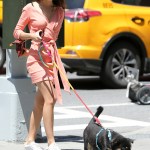 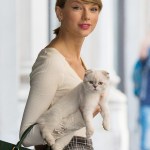 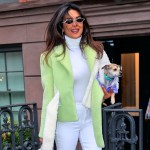 Emily Ratajkowski turned heads on June 11 when she stepped out looking flawless in a pink wrap-around dress while walking her dog Colombo on the New York City streets.

Emily Ratajkowski, 28, may have gone for just a casual stroll with her dog, Colombo, on June 11, but she looked AMAZING while doing it! The gorgeous model took to the New York City streets in a pink wraparound mini dress that showed off her stunning figure during the walk and paired it with white sneakers and cool shades. She kept her hair down for the outing and wore a red purse crossbody style as she held her phone and walked the adorable pooch with a rainbow-colored leash.

Emily’s latest outing isn’t the first time she’s captured attention in casual attire. The brunette beauty also turned heads during another stroll in the Big Apple with her dog on June 5 when she wore a black top under a tan coat and short denim shorts. She had bright orange sneakers with that look as well as a different yet still stylish pair of shades.

Emily is used to being in the spotlight whether she’s walking around her city or posting sexy pics on Instagram. She also wowed followers when she showed up to the Tony Awards looking fantastic in a black cut-out dress and a short bob hairstyle. The dress was from the Spring 2019 Michael Kors Collection and she wore it with diamond jewels from Lorraine Schwartz. The look fit her perfectly, definitely making her one of the best dressed at the popular award show. She strutted her stuff on the red carpet of the event and had many fans in awe of how pretty she was! 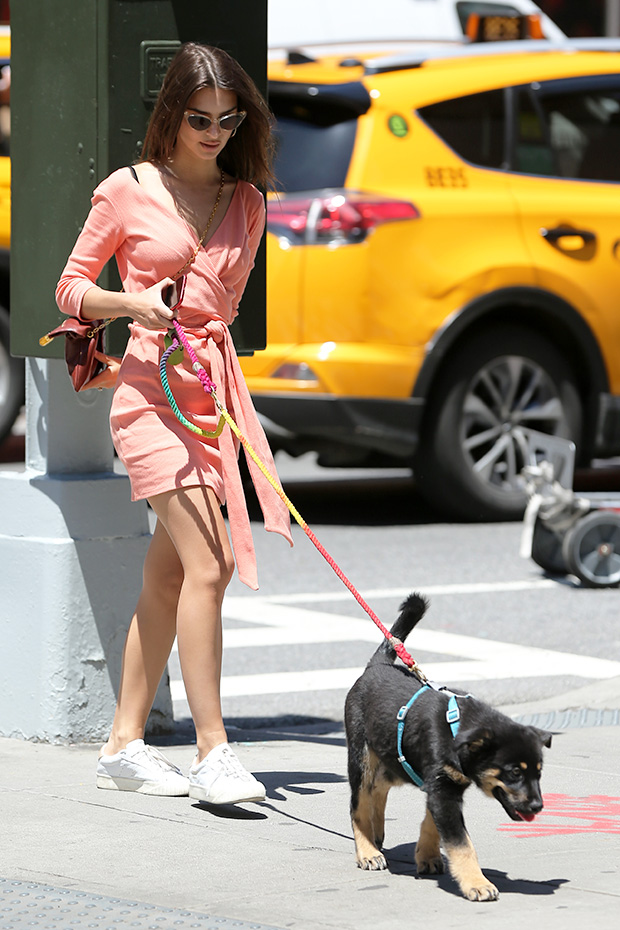 Emily recently celebrated her 28th birthday on June 7 and took to Instagram to share a video clip of her revealing a fake lower back tattoo of her nickname “emrata”, proving she’s living it up with every day that passes!