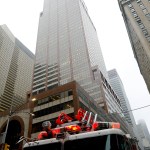 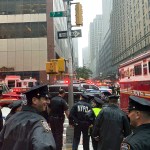 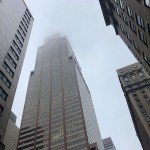 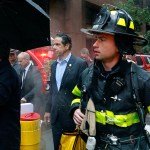 Tragedy struck in New York after a helicopter made an emergency landing on the roof of a Midtown Manhattan office building.

UPDATE 6/10/2019, 3:42pm EST: An NYPD spokesperson confirmed to HollywoodLife that one person died as a result of the helicopter tragedy. There was “one deceased,” Sgt. Ryan said.

ORIGINAL: One person has reportedly died after a helicopter made an emergency landing on an office building in New York City on June 10. The NYPD released a tweet about the tragedy, which happened in Midtown Manhattan on a rainy afternoon. “PRELIMINARY UPDATE: There was a helicopter hard landing on the roof of 787 7th Avenue in Midtown Manhattan,” NYPD News tweeted. “Fire has been extinguished. Please continue to avoid the area.”

An earlier tweet stated, “ADVISORY: Please avoid the area of West 51st and 7th Ave due to an ongoing police investigation. Expect an emergency vehicles and traffic in the area. Update to follow.”

Eyewitness Shauna Farrell describes the moment she and her co-workers on the 36th floor felt the impact of a helicopter making a crash landing on their building.

Gov. Andrew Cuomo was also at the scene and briefed reporters on what happened. “There was a helicopter that made a forced landing, emergency landing, or landed on the roof of the building for one reason or another,” the New York Governor told CBS News. “There was a fire that happened when the helicopter hit the roof.” He added, “The fire department believes the fire is under control. There may be casualties involved with people who were in the helicopter.” Gov. Cuomo also stated that this incident does not seem to be an act of terrorism. “If you’re a New Yorker you have a level of PTSD from 9/11…” he said. “So, as soon as you hear an aircraft hit a building, I think my mind goes where every New Yorker’s mind goes. But there’s no indication that that is the case.”

Zach Escalante, a computer programmer who works in Manhattan, tweeted about the incident, claiming that he was in the building at the time. He posted videos of the chaos outside on his Twitter feed. “I was sitting at my desk on the third floor of 787 7th Avenue when I felt an impact to our building, large enough to shake my desk,” he said in a clip. “Immediately the fire alarms were pulled and they had us evacuate the building and they have the NYPD and FDNY on the scene. Hopefully everything’s OK.”