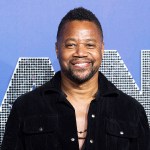 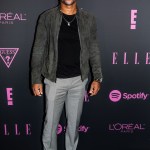 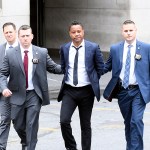 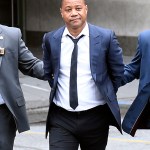 Cuba Gooding Jr. has been accused of ‘inappropriately touching’ a woman’s breast while partying in NYC, and Claudia Oshry has also come forth to accuse him of sexual assault.

Update 7/17/2019: In the wake of the groping allegations, Claudia Oshry, 24, accused Cuba of sexually assaulting her when she was a teenager.

“At the end of the day, like, I don’t know if I’ve ever considered myself to be, like, a victim of sexual assault because I’m not,” she said on the June 11 episode of her podcast, The Morning Toast. “There are people who are real victims that I would never compare myself to them. But yes, when I was in high school — I was f*cking 16-years old — Cuba Gooding Jr. put his finger up my butt, and I felt wild. Like, I felt, I don’t even know what the right word is. And now, it’s just become, like, a part of who I am. It’s a part of my story.”

“Cuba says this incident never happened and he has no recollection of this individual either,” Cuba Gooding’s attorney, Mark Heller, said in response to these accusations, according to E! News.

Claudia, who became famous for her social media account Girl With No Job, said she included the alleged incident as part of her routine in her Dirty Jeans comedy tour. She also said that after sharing her claims, others come up to her with similar accusations.

“At the end of the day, when I tell people this at my meet-and-greets and just anyone who’s ever come to my show, there’s, like, at least once every show, someone who comes up to me, they’re like, ‘Oh my God! Me and my friends were at a club and the same thing happened to me’ or ‘the same thing happened to my friend,'” she added. “This is not the first time that I’ve heard, but this is the first time I’ve heard that police are involved,”

Update 7/12/2019: “I trust the system,” Cuba Gooding Jr. told TMZ when speaking out on the groping allegations for the first time. “There’s a tape that shows what really happened [and] that’s the most important thing. … I was at the club. I left. I met a bunch of people. I said hello, I took pictures and, you know, you have to have faith in what people are saying. Now, I’m giving the process the chance to show what happened [and] what went down.” Cuba, TMZ reports, will turn himself into the NYPD on Thursday, June 13, and he expects to be booked for a misdemeanor charge of forcible touching.

Original: Cuba Gooding Jr., 51, has been accused of inappropriately touching a 30-year-old woman while at a Manhattan club on Sunday (June 9) night, reports Page Six. The NYPD is reportedly investigating an incident where the Oscar award-winning actor allegedly grabbed a woman’s breast around 9 pm ET while they were socializing at the Magic Hour Rooftop Bar and Lounge on 7th Avenue in Midtown. The woman, while reportedly speaking with the police, accused Cuba of being “highly intoxicated.” After the alleged grab, she got into an argument with him that had to be broken up by security, according to Page Six’s sources.

The woman reportedly called 911 around 1 a.m. The NYPD arrived at the scene, but after searching the area, they couldn’t find him. Page Six reports that the Jerry Maguire star was caught on video leaving the club soon after the alleged incident. The case was referred to the NYPD Special Victims Division, the sources told Page Six, and that Cuba is reportedly being sought on charges of forcible touching. TMZ reports that its sources told them the same thing: that the NYPD is looking to book the actor over this alleged incident. HollywoodLife has reached out to Cuba’s camp and the NYPD for further information on this. When any further details are made available, we’ll update the post with them.

An Instagram video taken by a bystander shows Cuba having a good time at the nightclub. He was seen wearing a button-down shirt and singing a spirited rendition of Journey’s “Faithfully” into a microphone. He also posed for photos with fans, according to Page Six.

Cuba won the Academy Award for Best Supporting Actor in 1997 for his role in Jerry Maguire. He recently returned the spotlight for his critically acclaimed performance on The People V. OJ Simpson. He was previously married to Sara Kapfer, but they separated in 2014. He filed for divorce in 2017, ending their 20-year marriage. At the time, Cuba was reportedly looking to get joint custody of Piper Gooding, the couple’s then-10-year-old daughter. Since the split from Sara, Page Six reports that he’s been romantically linked to Claudine De Niro, the estranged wife of Robert De Niro’s son, Raphael.