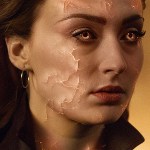 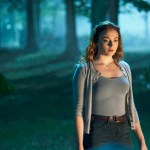 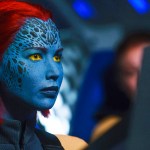 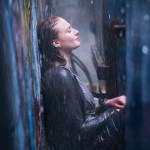 The hopes were high for ‘Dark Phoenix,’ but the ‘X-Men’ movie falls short of greatness. Sophie Turner and the other cast members are solid, but their performances aren’t enough to save a flat storyline.

X-Men: Dark Phoenix has been teased as the X-Men’s final battle and it should be the epic conclusion of nearly 10 years of storytelling. The film focuses on young Jean Grey, played by Game of Thrones star Sophie Turner, who struggles to understand her newfound power after a rescue mission in space goes wrong. When she’s hit by a mysterious cosmic force, Jean is left with more power than she ever thought possible. As she attempts to come to grips with her abilities, she begins to unravel and the foundation of the X-Men begins to fall apart as buried secrets are revealed.

Sophie steps up to the plate to play the mercurial Jean Grey. Everyone knows what Sophie’s capable of performance wise after watching her for 8 seasons as Sansa Stark on Game of Thrones, so it’s unfortunate to see that the script doesn’t give her enough to do. The shocking death of Mystique that Jean’s responsible for — no spoiler alert needed because it’s been out everywhere for months — holds no weight. Mystique dies and that’s pretty much it, which is a real disservice to Jennifer Lawrence. Jean barely acknowledges having killed her friend at all.

Nicholas Hoult, James McAvoy, and Michael Fassbender’s performances are solid as they grieve Mystique’s death. That’s when Dark Phoenix is the strongest, when it’s dealing with complex human emotions, not when it’s trying to save the planet from aliens who want to take advantage of Jean and destroy the galaxy. Dark Phoenix is better than X-Men: Apocalypse because of that. These actors, who have been playing the roles of Beast, Charles Xavier, and Magneto for nearly a decade, deserved so much more from this last installment. They’ve churned out truly fine performances in the past 3 movies and Dark Phoenix gave us nothing but a rushed conclusion with their characters.

It’s truly the end of an era with Dark Phoenix. Disney now owns 20th Century Fox, the company that produced Dark Phoenix, so any future X-Men films will be part of the Marvel Cinematic Universe. As we’ve seen with Spider-Man, Disney has no problem remaking superhero movies that have already been done, so the X-Men might look a little different the next time you see them. While we’d like to see Sophie, Nicholas, James, Michael, and the others in their roles again, it’s probably not going to happen since the disappointing Dark Phoenix could have been so much more than what it turned out to be.