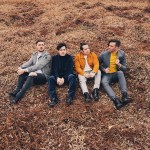 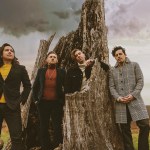 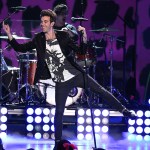 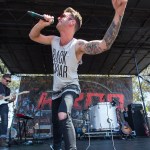 We dare you not to happy cry at American Authors’ new music video. The band is premiering their visual for ‘Before I Go’ with HL & it’s filled with touching memories from their drummer’s wedding day.

It’s a good day to be an American Authors fan! The band is back with a new music video, and it provides a insightful and touching look into their personal lives. Following drummer Matt Sanchez’s wedding in October of 2018, he chose to let fans in on some of the most meaningful moments from the special day. The moving clip depicts the crooner getting ready for the big day with his friends and bandmates, before then cutting to footage of his beautiful bride dancing the night away. The raw, behind-the-scenes footage will have fans feeling like they were a part of the day themselves!

“Nothing was staged, nothing was written,” Matt exclusively told HollywoodLife ahead of the “Before I Go” video release. “It was our best friend Jesse DeFlorio capturing the most important day of my life. The video is about more than just our wedding – it’s a vow to the lifelong friendships and family that come together to celebrate life through love,” he explained.

The band is best known for their triple-platinum hit single“Best Day of My Life” but returned with new music in 2019! “Before I Go” is off of their latest album Seasons which has racked up close to 30 million streams on Spotify alone. For long-time fans of the band, it’s a must-listen! Join American Authors in taking a walk down memory lane with their “Before I Go” video above. For the rockers, this is definitely one for the books.