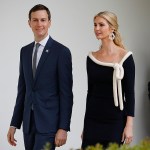 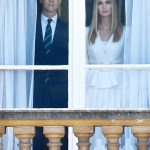 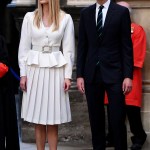 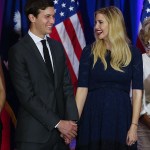 A pic of Ivanka Trump and Jared Kushner blankly staring out a window at Buckingham Palace is going viral on Twitter, with comparisons to horror movies, ghost adventures — and ‘Flowers in the Attic’.

Who knew that they were rebooting The Shining? Twitter’s going wild over this deeply eerie photo of Ivanka Trump and Jared Kushner staring out a window at Buckingham Palace with blank expressions on their faces, during their June 3 state visit to the UK. The uncanny symmetry of the photo framing them perfectly between the curtains, combined with their unsmiling faces, recalls horror movies and ghost stories. Too many. As one Twitter user put it, the daughter and son-in-law of President Donald Trump “were photographed staring stiffly out of a palace window, separated from the world and this dimension by a pane of glass and the empty space where their souls used to be.”

The tweets kept pouring in after the picture started going viral. “Does anyone else see the evil undead twins in the window at Buckingham Palace … Those English castles are haunted …” one user joked. The photo inspired tons of tweets about the dead twins from The Shining, as well as comparisons to horror movies like The Omen, The Others, and (hopefully) an upcoming untitled project from Get Out and Us creator Jordan Peele. If only! Jordan actually responded to the tweet, too, and he’s just as freaked out as the rest of us. After one of his followers @’d him with, “Yo Jordan Peele bro we don’t want this movie okay,” he responded, “Between this and that terrifying sorority video, I’ve been getting a lot of great inspiration recently.”

The photo also sparked comparisons to the classic VC Andrews novel, Flowers in the Attic, which… isn’t super flattering for Jared and Ivanka. For anyone who never read it, a brief synopsis of Flowers in the Attic: a group of siblings are imprisoned in their grandparents’ attic, never allowed to leave. The older brother and sister engage in incest, to put it lightly.

I see the creepy twins from The Shining have been given a grown up reboot https://t.co/2jjfWDcRo8

This is like those VC Andrews novels with the cutout covers and when you open it up there's a bunch of emaciated children in Victorian outfits surrounding Jared and Ivanka and one old woman who is obviously a vampire. https://t.co/8JVxvdKpY4

Jared and Ivanka, who serve as senior advisors to the president, were in the UK for his state visit, along with the rest of the Trump family (minus Barron). The couple attended a massive banquet at Buckingham Palace, along with the royal family and other British aristocrats to commemorate Trump’s second state visit to England. Their arrival was met with massive protests, which started when Trump and outgoing Prime Minister Teresa May held a televised, joint press conference.