For one brief moment in time, New York City was the cutest place on earth, all thanks to Emily Ratajkowski. The 27-ear-old model and Gone Girl star – who by herself is very, very adorable – tripled the cute-factor by adding her precious pup, Colombo. As Emrata rocked a pair of hot cutoff shorts, which showed every inch of her mile-long legs, she accessorized with a pair of Féroce sunglasses, when she took her dog for a walk around New York City. When she stopped to check her phone, Colombo checked out a nearby fire hydrant. The snap of the two was so perfect, it almost seemed planned. Taylor Swift better watch out. If Emily keeps having photogenic dog walks like this, she’s going to replace T-Swift as the new Tourism Ambassador.

This isn’t the first time Emily has turned heads while taking Colombo out for a walk. Emily left her bra at home while taking her and husband Sebastian Bear-McClard’s dog out for a walk on May 22. While wearing a white, see-through crop top and matching white jeans, Emily seemed ready for summer while Colombo was ready to find himself a dog park or an interesting smelling tree.

Emily loves showing off her body, and she doesn’t want anyone telling her what she can do with it. Two weeks ago, she posed nude to make a statement against the anti-abortion legislation passed in Alabama (which outlaws abortions at any stage of pregnancy, except if the pregnant person’s life is in danger. There are no exceptions for cases involving rape and/or incest.) “These men in power are imposing their wills onto the bodies of women in order to uphold the patriarchy and perpetuate the industrial prison complex by preventing women of low economic opportunity the right to choose to not reproduce,” she wrote. 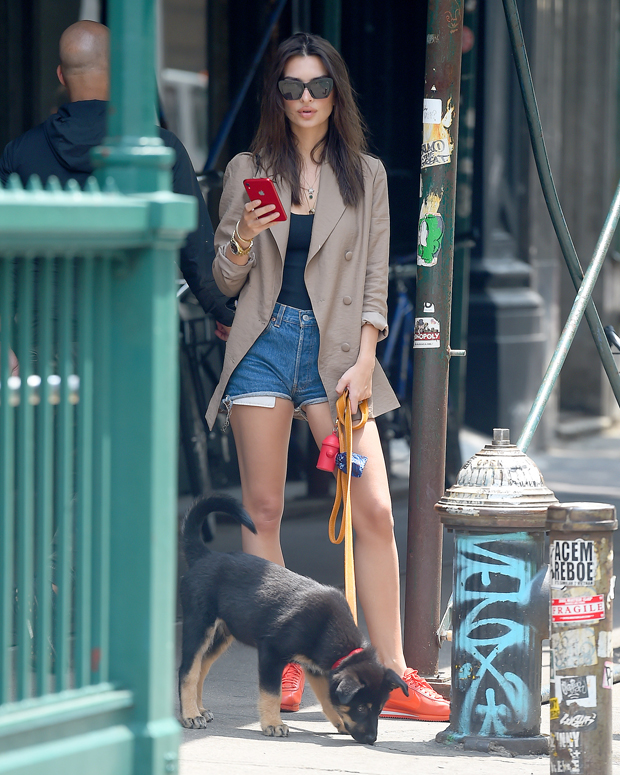 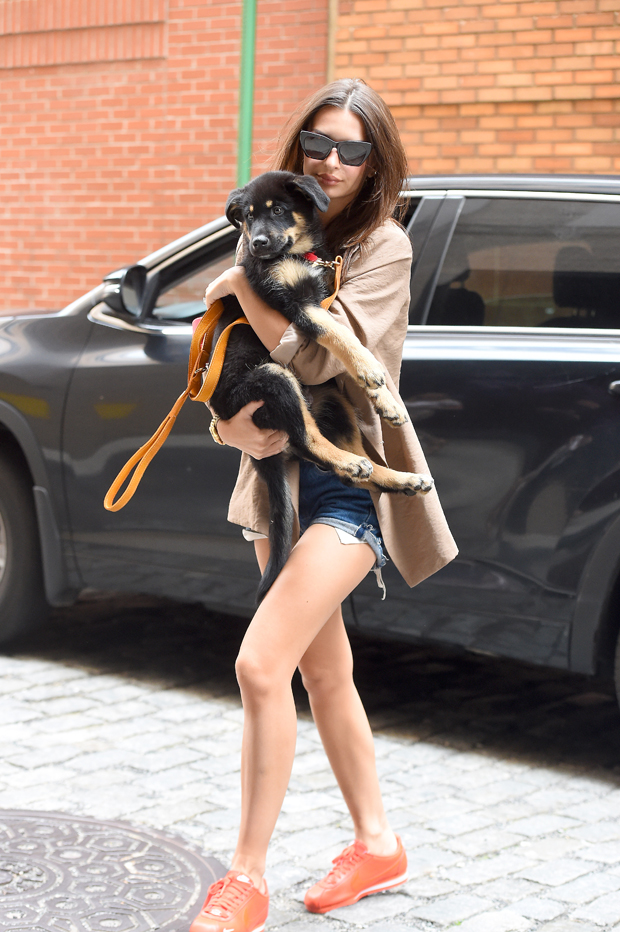 “This is about class and race and is a direct attack on the fundamental human rights women in the US deserve and are protected by under Roe vs. Wade. Our bodies, our choice,” she added. As expected, while some of her followers applauded her bold statement, while others responded with “lots of hate,” she told Elle.

“For me, this is something that’s been a long time coming, something I’ve been working toward for a long time and thinking about,” she told Elle. “And when I saw what was going on in Alabama, and now Missouri and across the country, it felt like it was a really important moment to use my platform and just stay consistent with what my messaging and belief is.”