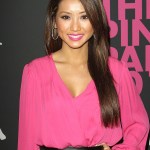 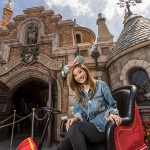 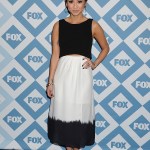 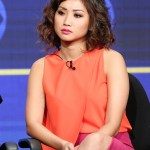 Brenda Song is returning to Disney Channel for the all-new animated series ‘Amphibia.’ In this EXCLUSIVE video, she talks about why it’s ‘so important’ to play a strong female character like Anne.

Amphibia is a new animated comedy series that chronicles the adventures of 13-year-old Anne Boonchuy, who is magically transported to the fantastical world of Amphibia, a rural marshland full of frog people. There she meets an excitable young frog named Sprig Plantar, his unpredictable sister Polly and overprotective grandpa Hop Pop. With Sprig’s help, Anne will transform into a hero and discover the first true friendship of her life. “I think it’s so important to have strong female characters because I think kids need to be able to all walks of life on TV,” star Brenda Song, the voice of Anne, says in our EXCLUSIVE video. “Anne is just awesome. She’s unapologetically Anne and I love that.”

The creator and executive producer Matt Braly adds, “I wanted Anne to be independent and smart and forward-thinking. Brenda has infused the character with so much strength, warmth, and charm.” The series also features the voices of Justin Felbinger as Sprig Plantar, Amanda Leighton as Polly Plantar, and Bill Farmer as Hop Pop Plantar.

Amphibia is Brenda’s highly-anticipated return to Disney Channel. The actress starred as the iconic London Tipton alongside Cole and Dylan Sprouse in The Suite Life of Zack & Cody, its spinoff The Suite Life on Deck, and The Suite Life Movie. She also had major roles in the Disney Channel Original Movies The Ultimate Christmas Present, Stuck In The Suburbs, and Get A Clue.