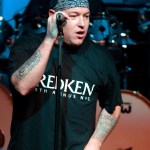 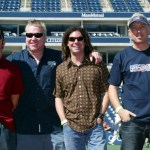 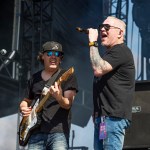 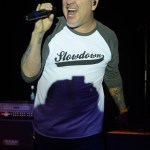 Smash Mouth took to Twitter on June 4 to share their opinion about organizers in Boston planning to hold a ‘Straight Pride Parade’ at the end of Aug. and their words made it clear they weren’t happy about it!

Smash Mouth doesn’t want a “Straight Pride Parade” in Boston or anywhere else! The band posted a tweet on June 4 about the parade proposal that’s making national headlines and they’re surely not on board! “Straight Pride Parade????? F*CK OFF!!!!!!!!,” their simple but powerful tweet read. The tweet is in reference to the news that organizers in Boston are planning a pride parade at the end of Aug. for people who are heterosexual just like the pride parades for the LGBTQ community that take place annually in various big cities across the country, including Beantown. Although the parade is intended to poke fun at “identity politics”, it’s caused quite a stir among people of all sexual orientations and replies to Smash Mouth’s tweet proved that.

“Smash Mouth says what we’re all thinking,” one response read. “smashmouth said what needed to be said,” another wrote. “Thank you,” a third response read. Others called the band “all stars” in reference to their popular 1999 hit song “All Star” and some pointed out how they thought the Straight Pride Parade attempt was a lack of understanding behind the meaning of the LGBTQ pride parades. “Why do straight people need a pride parade? When have straight people ever been dehumanized and demoralized for their sexuality? The ideology of heterosexuality is pervasive in every day life,” one follower tweeted.

June serves as Pride Month all around the country so news of the Straight Pride Parade comes at a time when excitement is high. Boston’s Pride Month activities, which are set to start on June 4, are some of the biggest in the country and will include the famous Boston Pride Parade on June 8, but Mark Sahady, one of the Straight Pride Parade’s organizers, doesn’t agree with the meaning of it all, and revealed he feels those in support of the activities are seeing the LGBTQ community as victims who feel they’re the only ones who should be celebrated. “For them everything is based upon identity and whether or not one is categorized as a victim or an oppressor,” Mark wrote on Facebook. “If you get victim status then you are entitled to celebrate yourself and expect those with oppressor status to defer to your feelings.”

Mark and the rest of the organizers of the proposed Straight Pride Parade have also created a straight pride flag and unofficially named Brad Pitt as their “mascot”. “It looks like the Boston Straight Pride Parade will happen,” Mark announced on Facebook. We filed a discrimination complaint and it appears the City of Boston understands they would lose in litigation,” Sahady wrote in a Facebook post. “The city is now working with us on the parade. We will have the streets closed and be allowed to have floats and vehicles.”