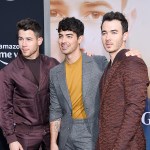 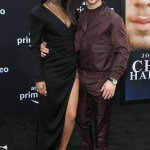 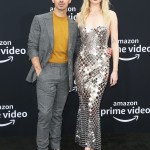 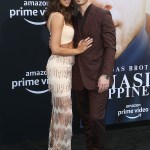 It was a family affair as the Jonas Brothers and their gorgeous wives hit the red carpet for the premiere of the band’s documentary, ‘Chasing Happiness,’ on June 3, and the photos are TOO cute!

Nick Jonas, Joe Jonas and Kevin Jonas celebrated the release of their Amazon Prime Video documentary, Chasing Happiness, with a big premiere in Westwood, California on June 3, and of course, their wives, Priyanka Chopra, Sophie Turner and Danielle Jonas, were in attendance. The ladies have dubbed themselves the ‘J Sisters,’ and they all looked beyond incredible while posing for photos with their men on the red carpet. “Priyanka and Nick were the most affectionate,” an eyewitness told HollywoodLife EXCLUSIVELY. “She rested her head on his shoulder throughout the movie, and they all stayed for the entire film. Nick and Priyanka were still cuddling, even through the credits. The wives seemed so proud.”

Fo the big night, Priyanka looked absolutely breathtaking in a black gown, which featured a leg slit all the way up to her left hip. The plunging dress featured mesh detail across Priyanka’s chest and at the top of her left thigh, but there was still plenty of skin on display. Sophie went super glam for the evening, wearing a sparkling silver dress and dark lipstick for an absolutely stunning full look. Finally, Danielle looked amazing in a high-waisted, sheer skit with beaded detailing, which she paired with a matching, cream-colored crop top that put her abs on display.

Chasing Happiness tells the complete story of the Jonas Brothers‘ rise to fame back in the mid 2000s, followed by their eventual breakup and journey to getting back together. The guys previously explained that working on this documentary is what brought them closer again after their 2013 breakup, and it eventually led to them reuniting as a band.

It’s a big week for the guys, too, as their new album, Happiness Begins, comes out on Friday, June 7, as well. It’s their first record in TEN years, so fans are definitely buzzing about what’s to come. So far, only two of the album’s 14 songs have been released, so plenty of new music will bless our ears once the record is out!