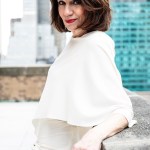 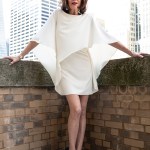 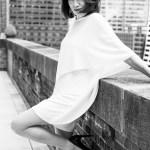 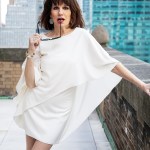 Lucky number 13? It might be for Beth Leavel. The actress has received high praise for her role as Dee Dee Allen in The Prom, which happens to be her 13th Broadway show. Beth earned a Tony nomination for her portrayal of a washed up Broadway star who thinks she’s all-that and travels to Indiana to help a lesbian who is forbidden to take her girlfriend to prom. “Drowsy Chaperone was thirteen years ago, and I won a Tony for that role,” Beth added in an EXCLUSIVE interview with HollywoodLife. “There’s thirteen people making their Broadway debuts in The Prom. This is one of the producer’s thirteenth show she’s produced. So it’s just like thirteen after thirteen after thirteen. So this is my lucky thirteen.” Fingers crossed!

HollywoodLife: What was your first reaction to Dee Dee Allen?

Beth Leavel: Well, that was seven years ago, and she has had quite the metamorphosis in the seven years. When we first started literally around a table with me, Brooke Ashmanskas, Chris Sieber, Angie Schworer, and Casey Nicholaw and the writers, it was called Untitled Casey Nicholaw Project. Of course, when you’re giving birth to something, you just have to throw it on the wall and see what sticks, so Dee Dee didn’t have the arc that she has now. We figured out that you can’t just play Dee Dee as a narcissistic bitch the entire time, because you have to care about her. They started figuring that out once we got people listening to us and an audience — which I like to call my scene partner. Now, Dee Dee has this fabulous journey where she actually does open up her heart. It’s so satisfying to be able to play all that comedy, all that narcissism, all that self centered diva-ness, and at the end, get rewarded when she falls madly in love with the possibilities of the principal, Tom Hawkins, played by Michael Potts.

That’s something we’re still discovering. We’ve been performing for seven months. We opened November fifteenth, in a snowstorm, and we’re still learning and growing and changing and exploring and risking but still, staying true to Casey and the writers’ intentions. That’s what I love about live theater, too. That relationship you have with that audience is singular.

HL: It’s fleeting. This is your 13th show, and you’re playing a Broadway actress — is it a little meta for you?

BL: Dee Dee is like my evil twin meta icon! She’s so much fun to play because she is not Beth, but we all have access to that Dee Dee. So, to have it fully realized in the script, in the costume, is really fun and satisfying.

HL: When you first hit the stage, you just played the role of Eleanor Roosevelt. How did that role add to Dee Dee’s introduction?

BL: Isn’t that ridiculous?! It just sets up that they’re not at the top of their game. some bad decisions have been made. And the fact that she and Barry Glickman are so shocked that it’s such a bomb, it’s such a failure, it’s so informing to how out of touch they are with everything. A: who would have thought that was a good idea, and B: that they would cast Dee Dee Allen as Eleanor Roosevelt, that’s just absurd. But she thinks she is brilliant!

HL: You first shopped this show in Atlanta. Were you nervous to face a possibly more conservative audience with such a modern story?

BL: I’m asked that a lot being in Atlanta, but our first and foremost concern was we had a new Broadway musical doing an out of town try out. We would get script changes every single day. That opening number changed at least sixty three times. So, I could have been in Shanghai for all I knew cause I would literally go home, learn new lines, we would have to be at the theater at one, rehearse, do the show, come back in the morning, get notes, new lines, and it was just a cycle of creating a new musical which is ginormous. But, once we started running, I realized, and we got asked this question a lot: how does the Southern audience respond to it? Atlanta is a metropolitan city, there’s all walks of people. There’s Republicans, Democrats, and everyone that I spoke to, the show affected them in a positive way. So, we figured, if we can create a show that asks people to listen, accept, love, just listen, and open your heart in Atlanta so successfully, then I think we have the start of something pretty amazing.

HL: And the audience continues to respond so beautifully.

BL: Oh gosh, it’s really special. There’s moments that I can actually hear when an audience is listening so hard — no one’s coughing, no one’s clearing their throat, no candy wrappers, no nothing, you could hear a pin drop. They’re so involved in the resolution of all of us in the last fifteen minutes of the show and at the end of Act 1 –Like, what’s happening? I didn’t know it was gonna go here.

HL: That surprise at the end of Act 1 really got me.

BL: You just never know. I love that.

HL: Do you have a favorite moment? Something that fulfills you every night that you wait for the audience’s reaction?

BL: Absolutely, and it will probably surprise you. It’s at the very end of the show after the principal kisses me. My favorite moment is from that beat until when I walk over to Brooks, Barry Glickman, and I say, “So is this what not failing feels like?” That moment, for the both of us and the audience, it doesn’t get much better than that. I am overwhelmed by the wave of affection and satisfaction I feel in the audience. I also think it’s really noticeable for everyone that watches how much affection and trust Brooks and I have onstage with each other

HL: What made you fall in love with this role and The Prom?

BL: The reason this one is so magical and special is because it was completely written for Beth Leavel. To have someone sit at a table and throw out lines until Beth Leavel makes it funny, or pick a note because that’s the note, that’s my money note, and have them write things around that, just hardly ever happens. I hate to use this word again, but it really is a privilege. It just doesn’t happen often. And that’s what makes this one so personal to me, cause Beth Leavel’s DNA is just all over everything. What particularly the four of us have contributed, all the principals, have contributed to this story, and it’s evolution. It’s really personal to us.

HL: It was kind of surprising to me that Emma wasn’t really the one to change Dee Dee.

BL: It took longer for Dee Dee, but that’s one of the things that I love about the book. We go in expecting in our liberal bubble and our superior attitudes to change all these people in Indiana that aren’t New Yorkers. They have no idea, and they change us as much as we change them. I love about the message of this show is that we actually all have so much more in common than separates us, and that’s what we find in Indiana with the four of us coming into this community.

HL: That number in the principal’s office (and the strapless red jumpsuit!) was something else!

BL: What I love about “The Lady’s Improving,” is yes it’s a big eleven o’clock number and I get to belt my face off, but more importantly, it’s Dee Dee’s opportunity to show Tom Hawkins that she is worthy. That she can change. That she is improving. And that’s where he first fell in love with her and swallowed the moon. And this song imprinted on him twenty five years ago, and I haven’t sung it since. That’s what the glorious parameters of musical comedy give you — you come out and sing the whole song fully orchestrated but her goal, her motivation is: please forgive me and look at me again, and I am worthy of being loved.

HL: What would you say you learned most about yourself through this role?

BL: I love what I do, and I love Dee Dee Allen, and letting Beth Leavel create Dee Dee Allen in a story that means so much to me. I learned that it’s really important to be a part of stories that affect people and how special and privileged that is to know that the story we’re telling really changes lives. I learned that my job is important. I’m proud to be an artist that can do that and has this opportunity. And I’ve learned that I need not to speak on Mondays.

You can see The Prom on Broadway, now!