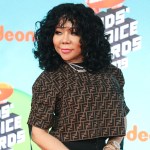 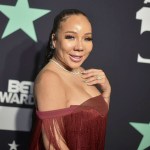 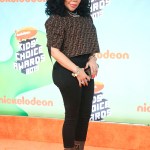 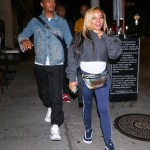 Tameka ‘Tiny’ Harris looked amazing in a sexy red outfit that consisted of a corset and matching pants when she performed her first solo show in Atlanta on May 30 and she had many supporters come out to see her in action.

Tameka “Tiny” Harris, 43, is ready to take on her persona, “Ryder”, during a solo singing career and she proved it when she took the stage looking fierce in her first ever solo performance on May 30! The talented performer took to Instagram to share incredible photos from the special night, which took place in Atlanta, GA, and she looked absolutely incredible. The Xscape member wore a red corset that flaunted major cleavage under a matching red blazer, red pants and a red hat for the performance and the ensemble showed off her curves in all the right ways.

“I had so much fun at my first solo show the other night!! Thx to everyone who came out! @therealnoigjeremy u had us all the way together baby!! @letoyaluckett@therealtamikascott for making it a full real R&B night!! @toyawright For coming straight frm baecation..I love y’all!! S/o to @keithandjames also!! #FamilyHustle #Vh1 #Finale#TinysRyders 👑🎶🥰🌟,” Tiny captioned the series of Instagram pics from the performance, which show her posing with friends and singing on stage.

Although Tiny has been a singer with the popular girl group Xscape for many years, she had never branched out on her own as a solo artist until now. Her first solo performance was definitely entertaining and had her showing off her vocals while being accompanied by dancers on stage. The event was appropriately hosted by Tiny’s daughter Zonnique Pullins and close friend Reginae Carter, and many of her family members in attendance, including her rapper hubby T.I., 38.

I had so much fun at my first solo show the other night!! Thx to everyone who came out! @therealnoigjeremy u had us all the way together baby!! @letoyaluckett @therealtamikascott for making it a full real R&B night!! @toyawright For coming straight frm baecation..I love y’all!! S/o to @keithandjames also!! #FamilyHustle #Vh1 #Finale #TinysRyders 👑🎶🥰🌟

Tiny’s solo performance comes after she released her debut solo single “I F–kin <3 U” under her alter ego “Ryder” on May 2. The song, which was inspired by her marriage to T.I., was “the easiest” one to write, she EXCLUSIVELY told HollywoodLife shortly after the release. “[It was easy] because I wrote from my story and my emotions… Whatever I was feeling [at the time],” she explained. Tiny is getting set to release her first solo EP in the near future.