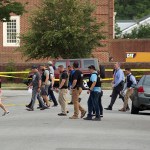 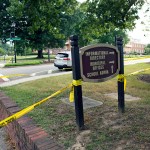 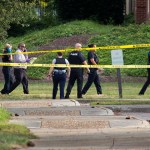 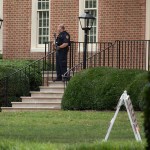 Sadly America is mourning yet another mass shooting We’ve got 5 things to know about DeWayne Craddock, a longtime Virginia Beach city employee who allegedly shot and killed 12 coworkers on May 31.

So tragic. The person who allegedly opened fire and killed 12 victims at the Virginia Beach Municipal Center on May 31 has been identified as DeWayne Craddock, 40, according to the Wall Street Journal, though authorities said they won’t reveal his name until all of his next of kin have been notified.  He was a current longtime city employee and a public utilities worker. The mass shooting happened in Building 2, which is just  behind the Virginia Beach police precinct and houses city operations like planning, public utilities, public works and zoning. Six people were hurt and transported to area hospitals. Officials said that he made multiple firearm purchases in recent weeks. We’ve got five things to know about DeWayne Craddock.

1. Craddock began his shooting rampage late in the afternoon on a Friday.

The shooter began his rampage just after 4pm. he first 911 calls about the tragedy came in around 4:30pm on Friday, May 31.

Virginia Beach Police Chief Jim Cervera confirmed that one of the six people shot who survived was one of his own officers. He was saved by his bulletproof vest.
3. Craddock shot his victims at random.
Chief Cervera said that he “indiscriminately fire upon all the victims” inside the Virginia Beach Municipal Center and that the victims were found on multiple floors. He called it “devastating incident” that “will change a lot of lives.”
4. Craddock died in a shootout with police.
Original reports said that the suspect was taken into custody but it was later confirmed that he was killed in an exchange of gunfire with the cops.
5. Virginia politicians are mourning the horrific tragedy.

Virginia Beach Mayor Bobby Dyer said Friday was “the most devastating day in the history of Virginia Beach” while the state’s Governor Ralph Northam called the shooting an act of “unspeakable, senseless violence.” Northam added “My deepest condolences and prayers go to the families of those who left home this morning and will not return tonight, as well as those who have been injured in this tragedy.”