In a story ripped straight from ‘Meet The Fockers,’ Wells Adams says he won’t let Sarah Hyland’s folks meet his parents until long after they say ‘I do’ – and there’s a ‘good reason’ why.

Don’t expect Wells Adams and Sarah Hyland’s parents to go on a huge family vacation together anytime soon. The former Bachelorette star’s folks have yet to meet the Modern Family star’s parents, and if Wells, 35, has his way, that won’t change until he and Sarah, 28, are happily married. “My parents haven’t met Sarah‘s parents and for good reason,” Adams said during the May 29 episode of Your Favorite Thing Podcast with Wells and Brandi Cyrus. “They both fall on opposite sides of the political spectrum, and I’m just sure someone’s going to get into a fight about something.”

“They are going to hang out one time, and it’s going to be at the wedding, and the directive is no one is allowed to talk about politics,” Wells added. It turns out that Wells’ Texan family swing to the right, while Sarah’s family are full of liberals. “It will be liberal actors and my dad and my family who are a bunch of conservatives,” he added. “My dad’s a doctor, my brother-in-law is from oil money in Texas. It’s going to be so weird.”

So, is this the Meet The Parents/Meet The Fockers soft-reboot nobody was asking for? Not really. While Wells and Sarah’s families will be meeting for the first time at the wedding, Sarah’s parents have met Wells, and Wells’ parents have met Sarah, according to Buzzfeed. Both meetings went well, as the pictures taken from these moments show Sarah and Wells smiling. Here’s hoping everyone is still smiling at Sarah and Wells’ wedding. 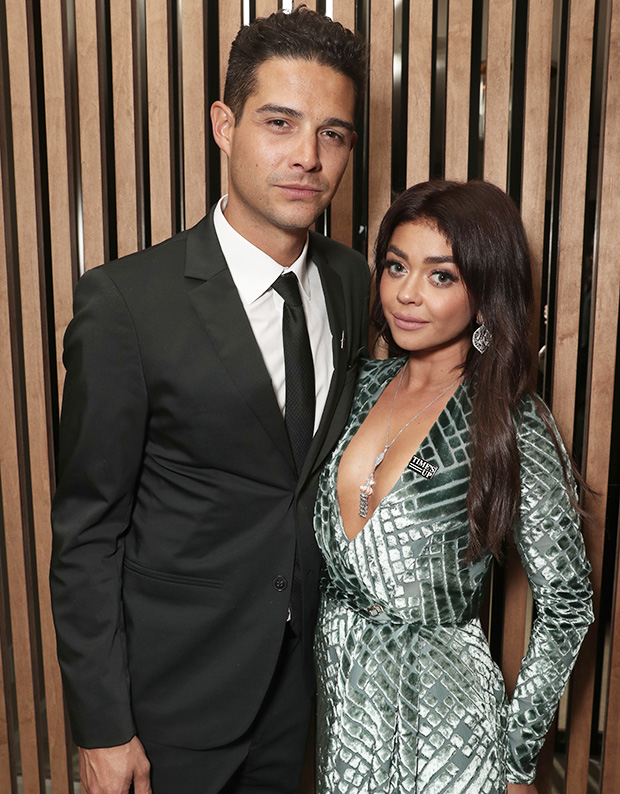 Of course, the couple isn’t even engaged yet, so all this talk about a wedding is a bit premature. “I think we’re pretty comfortable in where we are right now,” Wells told HollywoodLife EXCLUSIVELY while promoting his new podcast with Stephanie Pratt, Pratt Cast. “I think that we would both feel weird if we were engaged already, like this early into us moving in with one another.”

“So, I understand the optics of it,” he added. Like we do post insanely cute pictures all the time, and people think that’s the obvious next step but…and which is it, but I think that we’re both pretty realistic about the evolution of our relationship and wanting to continue to grow it that way before jumping in to like an early engagement,”