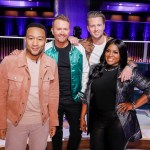 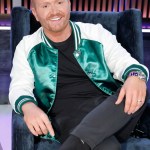 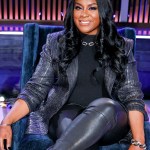 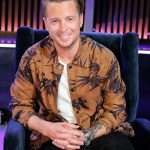 ‘Songland’ is unlike any competition series you’ve ever seen before. HL spoke EXCLUSIVELY with judge Shane McAnally about what ‘Songland’ is, what he’s looking for in a hit song, and more.

“Songland is the opportunity for unknown songwriters to pitch their original songs to big artists like Macklemore, the Jonas Brothers, will.i.am, Leona Lewis,” Songland judge Shane McAnally told HollywoodLife EXCLUSIVELY at Entertainment Weekly and People’s NY Upfronts Celebration. “They all come to the show looking for their next big hit and unknown songwriters pitch their songs and then Ryan Tedder, Ester Dean, and myself help them get it right. Like, is it supposed to be a ballad? Or should it be piano-based or guitar-based? We may help them with some lyrics. At the end of every episode, you see one of those big artists record the song and put it out as their new single.”

Shane, who has written and produced songs for Kacey Musgraves, Kelly Clarkson, Luke Bryan, and so many more revealed that Songland will “shine the light on the way music is actually made. It’s a fresh perspective.” Shane revealed what he’s looking for in a hit song. “Most of the time it’s just authenticity, a real story, something that really mattered to the person when they wrote it because that’s going to matter to everybody else,” he said.

Songland is not about vocals, it’s about the song. He explained how the show works. “The show has a team of people. They go through all the songs and it’s about the songs. It’s not about the performance,” he told HollywoodLife. “It really is trying to get through demos and even though the songwriter is often singing it, we’re not listening to their voice. We’re trying to hear the song so that we can imagine what the artists would sound like singing it.”

The artists taking part in the 11-episode series include some of the biggest names in music right now, including John Legend, Charlie Puth, and Kelsea Ballerini. Shane opened up about why he thinks the show got such major artists. “I think because they are legitimately songwriters at heart and they respect the art of songwriting and they know that there’s a lot of songwriters out there who don’t have these kinds of shots, that maybe had to work in other fields to pay the bills,” he said. “But they’ve been writing songs all these years, so it’s really nice to put them right in front of the artists.”