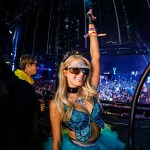 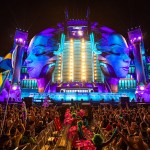 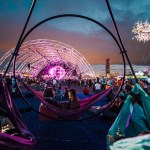 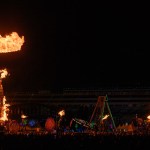 HollywoodLife was on the grounds at the biggest electronic music festival of the year where we talked to festival founder Pasquale Rotella about how a passion project turned into a colossal event of global scale.

Just like that, another year under the electric sky at EDC has gone by. The festival returned for its 23rd year in 2019, and the annual event brought more magic than ever to the Las Vegas Motor Speedway. The Insomniac Events-hosted fest did not disappoint as colorful stages, carnival rides, art installations, and of course, a plethora of celebs filled the grounds. This year, EDC united for than 450,000 diehard electronic music fans, and upon arrival to the festival, the passion was immediately detectable in the air. For festival founder Pasquale Rotella, it’s been a dream come true seeing the festival grow to what it is today. “I pinch myself still. It’s … I’m grateful, I feel blessed and I want to do more. I’m just excited and grateful,” he tells HollywoodLife.

The winding maze that is EDC may be overwhelming to navigate at first, but the festival does an impressive job at mapping out each stage, road, and installation for “Headliners” (the fest’s name for attendees.) With the brightly lit Rainbow Road, and clearly marked stages (trust us, the KineticFIELD stage is impossible to miss) the fest seems less daunting after a second lap around.

“I dreamed of it being big,” says Pasquale when reflecting on the early days of the festival. “I didn’t put a number on it. It was an endless sea of people that I imagined. My first visions of doing events were in big, open fields and desert areas. And you just couldn’t see the end of the crowd. I didn’t know how big that was. I just saw everyone smiling, everyone was dancing, and it was going off. I wanted to be part of that,” he says. Now, as the Insomniac CEO celebrates 25 year of his company, he is by no means jaded by the success he’s seen.”25 years is a big deal,” he says. “I look around, there’s not a lot of people that, especially on the events side….so, I’m extremely grateful to still just be here.”

As the festival grows in size with each passing year, so do the surprises that it entails. Between the massive stages, carnival rides, art installations, and of course, plethora of celebs it’s hard to know where to head first. The fest now even boasts a slew of cross-genre performers (A$AP Rocky was a 2019 performer) and as fans know, performer Diplo, has made his way into pop music charts time and time again. Other key performers included Tiesto, Alesso, Martin Garrix, Armin van Buuren and Deadmau5. Skrillex pulled up for a surprise set on Saturday night of the fest after a not so subtle tease. “Pasquale Rotella, thank you for having me as your guest,” he graciously said as he finished his set.

However, he wasn’t the only unexpected celeb sighting. Per usual – Paris Hilton showed face at the festival and rock music legend David Lee Roth was also on-site attending this year’s EDC as a guest of Insomniac, and chatted to the colorful array of people and performers for his own show, The Roth Show, his weekly radio show airing on his website and YouTube. “EDC weekend is like participating in the opening ceremonies of the Olympics. Easily more dramatic than Super Bowl Halftime, Pasquale and his teams have changed the way the world perceives big time entertainment forever,” the singer said.

The only sour point in the weekend included the temporary shut down of several stages Saturday night as a precaution due to high winds. However, the party carried on once the stages reopened, and the music continued into the wee hours of the morning. Plus, coming and going to the fest at relatively any time was a stress-free experience for both GA and VIP attendees between the round’ the clock festival shuttles, and luxury transportation options such as Maverick helicopters or GLOW’s luxury sprinter van.

As for the Headliners, Pasquale admits that it’s really thanks to them that the annual event is possible. “I am most proud, hands down, with the crowd. The headliners. The fans that come. I put the event on, but it’s the community, and how feed off each other. And I feed off them. It is very unique and it is very special,” he says.