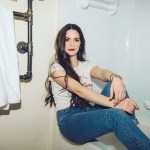 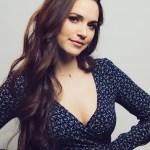 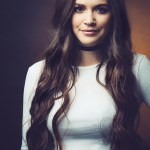 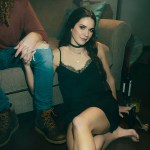 Hannah Ellis opened up this year’s CMT Next Women Of Country Tour & by the end of each set, had everyone in the crowd hooked on her stunning sound!

Hannah Ellis joined Clare Dunn and Cassadee Pope on the road this spring for CMT’s Next Women Of Country tour, and at each stop her fanbase grew after hearing her stripped down set. Filled with upbeat numbers like “ILYSoWhat” and Maren Morris-esque anthems like “Your Woman,” Hannah proved her diversity in sound, rich vocals and incredible songwriting while on tour this spring, leaving audiences craving for more. In this EXCLUSIVE clip of Hannah’s version of “Your Woman” while on the CMT Next Women Of Country Tour in Atlanta, you’re immediately drawn into her cute energy and big voice.

“I hope that ‘Your Woman’ reminds people that you can be strong independent woman and still be vulnerable enough to say ‘Hey, I really love this person,'” Hannah told HollywoodLife, EXCLUSIVELY. “I think there is something beautiful in that balance.” She went on to reveal that her favorite thing about the NWOC tour was “getting to connect with new fans and explore new cities!” “It was so fun to watch people sing along to my songs in cities I had never even been to. It really reminded me of the power of music to connect us all,” she continued.

The Kentucky native is currently preparing to play at CMA Fest in Nashville, and will be featured in the CMT Next Women of Country showcase at the Country Music Hall of Fame on June 7 at 12:30 p.m. While teasing her upcoming performance at CMA Fest, Hannah also revealed she has new music on the way, saying, “There’s new music just around the corner and I am announcing new shows every week, so stay tuned!” You can follow her on social media, @hannahgreyellis, for all the updates!