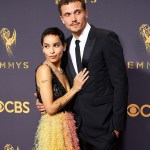 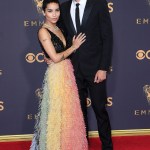 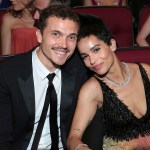 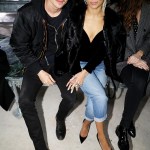 Congrats to Zoe Kravitz and Karl Glusman! The two actors secretly tied the knot, according to a new report. Here’s what we know so far about the wedding.

Zoe Kravitz is married! The Big Little Lies star, 30, has officially wed her fiancé Karl Glusman, Us Weekly reported. While the couple are “legally married,” according to a source, they are still planning to have a traditional ceremony in France in June.

It’s no surprise that the couple kept their marriage under wraps. No one even knew they were engaged until eight months after it happened. Zoe met the Love actor, 31, through mutual friends at a bar in 2016 and started dating soon after. Karl later popped the question in Feb. 2018, but they managed to keep the news private until Zoe let it slip in October.

“Oh yeah, I’m engaged. I haven’t told anyone yet. I mean, I haven’t told the world. I wanted to keep it private,” she told Rolling Stone at the time when interviewer Josh Eells noticed the giant rock on her finger. “He nailed it. And I love that it wasn’t this elaborate plan in Paris. It was at home, in sweatpants.”

Zoe also gushed about how comfortable she feels around her now-husband. “I can be my weirdest self around him,” she told the magazine. “It’s so relaxing to be around someone where you can be a hundred percent how you feel.” So sweet. Congrats to the happy couple!

HollywoodLife reached out to Zoe Kravitz and Karl Glusman’s representatives for comment, but did not receive an immediate response.