If ever you’re feeling low and need a pick-me-up, here’s what you do: put on the promotional video for Gucci Men’s Tailoring that the fashion line released on May 21, and enjoy. If watching Harry Styles, 25, in a fuschia-colored suit, roaming around a barnyard shed (while pigs and swans randomly appear) doesn’t perk you up, practically nothing will. Though the video is just a minute long, shot out-of-focus, and has some moments where it seems like it’s in the red-and-blue-kind of 3D, it’s really quite pleasing. Plus, Harry is tailored nicely while having fun, so there’s that.

Plus, his fans clearly loved it, as the response online, to no surprise, was a massive swoon. “harry becoming a gucci model is the best thing that’s ever happened to us” “Gucci really deserves all the love in the whole entire world because they bless us with beautiful pictures of Harry and make him awesome clothes.” “Beautiful Beautiful Beautiful Beautiful” “quiz: how many gucci tailoring campaigns does it take until harry signs to a modeling agency” “He really is a king”

If the promo video for Harry’s third campaign with Gucci reminds you of films like Spring Breakers, Kids or Gummo (without the gratuitous cat-killing), there’s a reason for that. Gucci enlisted Harmony Korine, the creative mind behind those films, to photograph its Pre-Fall 2019 tailoring campaign. “In a new campaign envisioned by Creative Director Alessandro Michele,” Gucci captioned the video, “Harry Styles returns as the face of Gucci Tailoring. Captured by Harmony Korine, the singer, songwriter, and actor plays an eccentric yet nonchalant character accompanied by a gang of animals.” 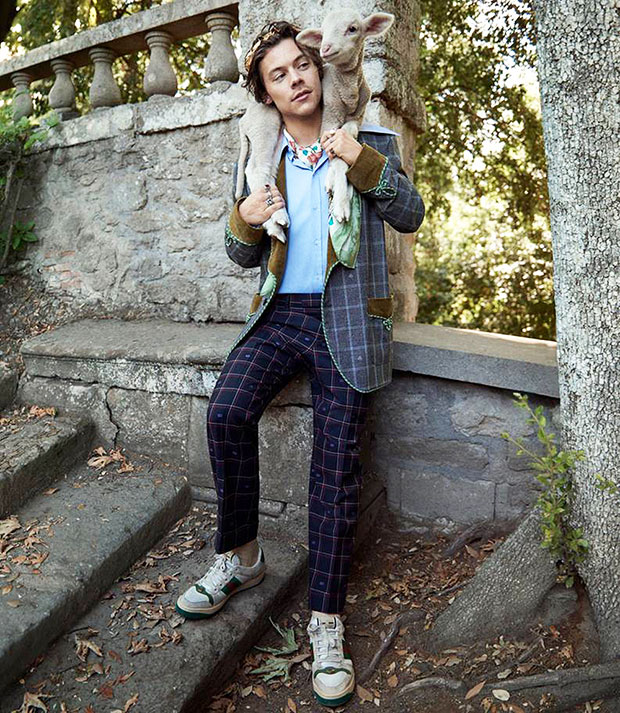 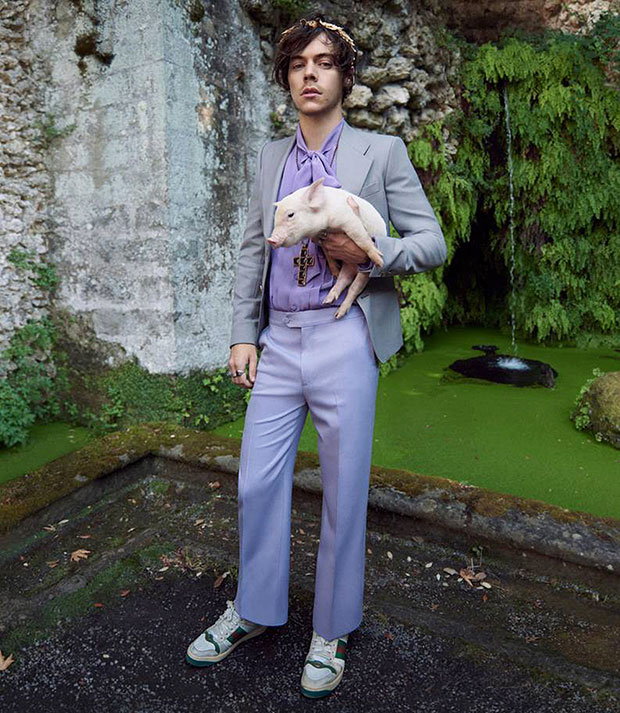 Harmony worked with Gucci in the past, according to HypeBeast, as he worked on the Pre-Fall men’s and women’s lookbook. In the campaign, Harry is spotted in a number of Gucci accessories, “such as a Crocodile leather Zumi shoulder bag, white leather sandals and a frame-logo coated cotton tote bag. While it’s not as hot as the shirtless pic Harry’s photographer posted in honor of the “Sign of the Times” singer’s 25th birthday, the photos are rather lovely to look at. Perhaps Harry should consider focusing on fashion, after all?