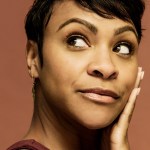 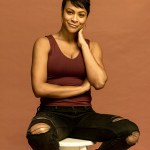 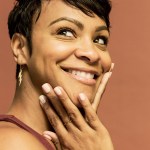 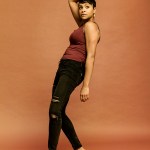 We knew the cast of ‘American Housewife’ was talented, but wait until you hear them sing! Carly Hughes, who plays Angela, dished on the upcoming musical episode!

If American Housewife was going to have a musical episode, you better know that they were going to do it right, which means getting the best of the best to do the job. Carly Hughes, a Broadway veteran who plays the role of Angela on the show, reveals she was approached by producers in the start of season three, who asked her if she knew Justin Paul. “I was like yeah I know Justin Paul from New York. Pasek and Paul,” Carly explained in an EXCLUSIVE interview with HollywoodLife. “They said they were going to bring in Justin Paul to do a musical episode and we were all like, ‘What? Is this a serious thing?!’ It started to become real, and we were doing an episode with original music by the people who wrote Greatest Showman and Dear Evan Hanson…. and we’re getting original music about Westport, Connecticut.”

The musical episode, which will serve as the season 3 finale, will follow the characters on their typical days, with just the addition of song. “The songs should serve to further the plot, so in this instance if we’re talking about, ‘Oh my God I don’t like Westport, Connecticut,’ as we do a lot at breakfast, Angela goes into song to be like, ‘Girl,'” Carly revealed of the episode. “She’s a truth teller and she’s no nonsense. She’s doing the same thing, but through song and dance.” If you don’t watch the show (1. you should, and 2.) Angela is part of a trio that also includes Doris (Ali Wong) and the central figure, Katie Otto (Katy Mixon) — a mother of three who absolutely hates her hometown of Westport, CT, especially the nosy, betchy, plastic moms that live there.

“We all get along so well, we have since the pilot. In between takes, even before the musical episode was a thing, we’ll be singing songs and start to harmonize. Then, they’re like ‘Okay, ready?’ and we’re like ‘Ahem, pull it together!'” Carly laughed. “All of our energies and all of our connections are embodied in the characters that we have.”

We are so thrilled to see Carly and the cast of American Housewife show off their pipes and dance skills in the musical episode! You can tune in on Tuesday, at 8 PM ET for the season finale!