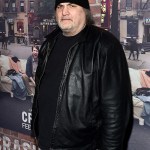 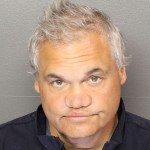 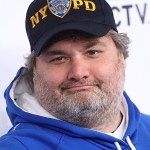 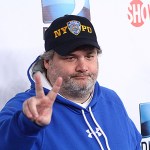 Artie Lange’s mugshot rocked fans after he was taken into custody for violating the terms of his parole on May 21, especially after Howard Stern’s sidekick said he was 111 days clean prior to his arrest.

Artie Lange, 51, sparked concern across Twitter after a mugshot circulated from his latest arrest on May 21. The Mad TV star, who has openly admitted to using heroin and cocaine in the past, was taken into custody in New Jersey’s Essex County Correctional Facility for “failing to comply with the terms of his participation in the drug program,” Katherine Carter, a spokeswoman for the county’s prosecutor office, told USA Today. Artie was arrested at Freedom House, a halfway home that provides addiction services, according to another spokesperson, Kevin Lynch.

The exact details remained confidential, but what shocked fans most was Artie’s seemingly flatter nose in his mugshot. The physical change set forth tweets like “Imma need someone to explain Artie Lange’s nose to me,” and “What happened to Artie Lange‘ s nose?” Others poked fun at Artie’s setback, such as a headline that read “Artie Lange Got Arrested AGAIN And His Nose Is Now 100 Percent Gone.” But not everyone appreciated the humor.

A majority of fans were just sad to see another arrest on the record of Howard Stern’s famous sidekick, especially after the comedian had revealed he was “111 days clean and sober” and was losing weight “without cocaine” in a video that a fan uploaded just four days before Artie’s arrest. “Comedians mocking Artie Lange right now- Congrats on being so edgy and kicking a fellow comedian with addiction issues when they are down. Way to support the community you hipster fu**,” one such Twitter user wrote. However, Artie himself has poked fun at his nose before, which he called “hideously deformed due to over 3 decades of drug abuse” in a tweet from Dec. 2018.

Prior to this arrest, Artie had been sentenced to four years of probation in June 2018, relating to an arrest for alleged possession of heroin and drug paraphernalia in 2017. However, he was taken into custody at the Essex County Correctional Facility again in Jan. 2019, and was released on Feb. 12, according to his online records. As part of his drug treatment program, Artie pumped gas at a local gas station leading up his latest arrest.