Shawn Crahan, 49, announced the news of his daughter’s death on Twitter on Sunday, May 19 — just days after Slipknot performed on Jimmy Kimmel Live. “It is with a broken heart, and from a place of the deepest pain, that I have to inform all of you that my youngest daughter, Gabrielle, passed away yesterday – Saturday May 18th, 2019. She was 22 years old,” the musician, wrote on Twitter. Get to know Shawn with these five facts, below.

1. Shawn Crahan has asked for privacy after he broke the news about his daughter’s passing. — “Funeral arrangements will be forthcoming,” he continued on Twitter. “My family and I ask that our privacy be respected moving forward. Thank you. Much love, clown.” A cause of death wasn’t immediately clear. Shawn also shares sons Simon and Gage, as well as daughter Alexandria with his wife, Chantel Crahan.

2. Shawn is an American musician, who is known by his stage name, “Clown”. — He was born on September 24, 1969 in Des Moines, Iowa. Shawn is the founding member of the Grammy-Award winning heavy metal band, Slipknot, which began in 1993. The band is known for wearing masks, with Shawn’s being his now famous clown mask. When performing with Slipknot, Shawn, who is one of two percussionists, is also known as #6. He directs all of Slipknot’s music videos.

3. Shawn is also a videographer, photographer, director and actor. — He published a Slipknot photo album titled, “The Apocalyptic Nightmare” in 2012. That same year, Shawn made his debut acting in the film The Devil’s Carnival. He went on to make his directing debut with the film Officer Downe based on the graphic novel of the same name. He also directed the music video for “A-M-E-R-I-C-A” by Motionless In White, and “We Are” by Hollywood Undead. 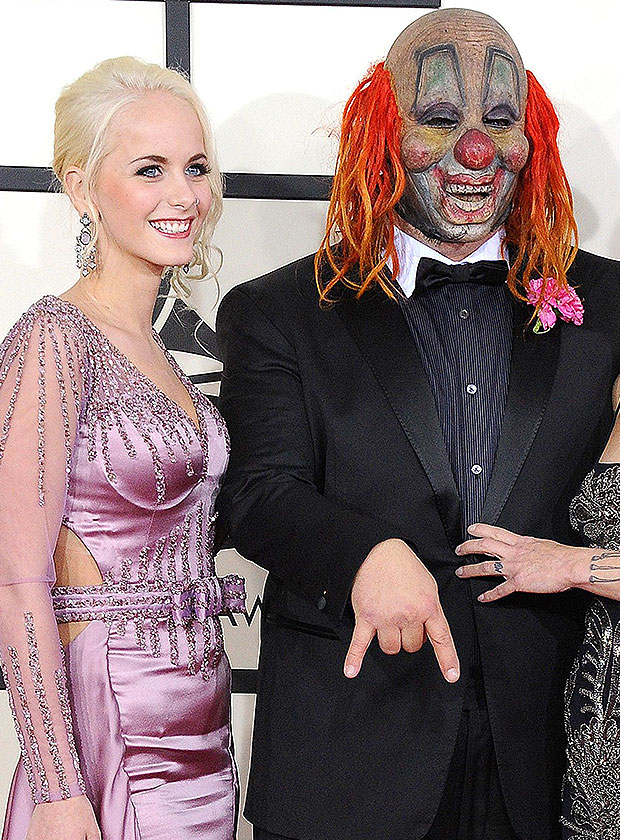 Shawn Crahan and his daughter, Gabrielle on the red carpet together. (Photo credit: Broadimage/Shutterstock)

Related: Joey Jordison: 5 Things To Know About Slipknot Drummer Who Has Died At 46

4. Slipknot has a big year ahead in 2019. — The group is set to release their sixth album on August 9, and they have a world tour scheduled for this summer. There have been no announcements of schedule changes or postponements after the news of Shawn’s daughter’s death.

5. The band shared a tribute to Gabrielle on Instagram, May 19. — Slipknot shared a black and white photo with its 3.5 million Instagram followers in a post that included Shawn’s announcement on Twitter. Corey Taylor, the group’s lead singer, tweeted his condolences. “My heart has broken for my brother,” he wrote. “Please keep the Crahan family in your thoughts and love. She will be missed.”