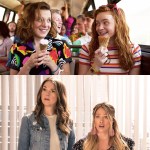 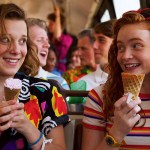 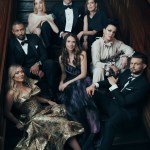 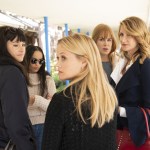 Summer 2019 is full of great television. From returning favorites to brand-new series, this is your quintessential guide to what you need to watch this summer.

Just because it’s summer doesn’t mean there isn’t amazing TV to watch. Summer 2019 features a fantastic slate of new and returning shows that you need to keep on your radar. With spring finales wrapping up, it’s time to clear our your DVRs to prepare for summer. From a new season of Stranger Things to the premiere of the new teenage drama series Euphoria, there’s something for everyone this summer. HollywoodLife has come up with your guide to navigating the shows you need to watch with this summer TV preview.

Stranger Things (July 4 on Netflix): Fans have been waiting nearly two years for the highly-anticipated third season. Stranger Things 3 is undoubtedly going to be the show of the summer. Season 3 picks up in 1985 with the entire Hawkins gang. Eleven, Mike, Dustin, Will, Lucas, and Max are growing up, but danger looms over them. The new season is still very much shrouded in mystery, but Stranger Things never disappoints when it comes to storytelling. Start planning your Fourth of July binge parties now.

Younger (June 12 on TV Land): The critically-acclaimed show from Sex & The City creator Darren Star is back for its sixth season. The new season is entering new territory with Liza and Charles going public with their relationship. There have been major shifts in the dynamics — Kelsey is the new publisher, Charles quit his job for Liza, and Josh may be a dad. If you haven’t started watching this incredibly smart comedy series, it’s best if you start binging now. You don’t want to miss out on this show.

Big Little Lies (June 9 on HBO): Big Little Lies was supposed to be a one and done limited series. The series is based on Liane Moriarty’s hit novel and the first season covered the entire book. The show became such a hit that it was renewed for a second season. Season 2 is going into uncharted waters beyond the book and Meryl Streep has joined the cast as Perry’s mother. Meryl’s character, Mary Louise, is determined to get answers about her son’s shocking death. Seeing Meryl go toe-to-toe with Reese Witherspoon and Nicole Kidman is going to be such a dream. Just give these fierce ladies all the Emmys already.

America’s Got Talent (May 28 on NBC): AGT is getting a revamp in season 14. Gabrielle Union and Julianne Hough are joining Simon Cowell and Howie Mandel as new judges, along with host Terry Crews. America’s Got Talent has always been the quintessential summer show that you can watch with your whole family. The show is entering a new era with new judges and host. AGT fans should be excited about what this competition series is going to bring to the table this summer.

Good Trouble (June 18 on Freeform): Good Trouble was one of the best new shows of 2019 and the second season is premiering this summer. The Fosters spinoff features one stellar cast and incredibly rich storylines that echo what’s going on in today’s world. Good Trouble gets millennials so right. Don’t sleep on Good Trouble. It’s a fresh, sexy, fun, and important show.

Euphoria (June 16 on HBO): The expectations are high for HBO’s newest drama series. The series follows a group of high school students as they navigate love and friendships in the world of drugs, sex, trauma, and social media. Euphoria features a terrific young cast, including Zendaya, Maude Apatow, Jacob Elordi, Storm Reid, Sydney Sweeney, and more. With this cast and Drake executive producing, Euphoria is going to be the show everyone is talking about.

Veronica Mars (July 26 on Hulu): Veronica Mars is getting the fourth season it deserved over 10 years ago. Kristen Bell returns as the titular detective for the revival series. Kristen will be joined by fan-favorite characters like Logan Echolls (Jason Dohring), Dick Casablancas (Ryan Hansen), and Keith Mars (Enrico Colantini). Veronica and her dad team up once again to investigate a series of bombings during spring break in Neptune. When it comes to Veronica Mars, you can always expect epic and whipsmart twists and turns. Bring it on, VM.

Grand Hotel (June 17 on ABC): If you’re looking for your next guilty pleasure, Grand Hotel is that show. The ABC series, based off the Spanish series Gran Hotel, follows the professional and personal lives of people working at a family-run hotel in Miami Beach. Grand Hotel is super sexy and full of drama and twists that will make your jaw drop.

BH90210 (August 7 on FOX): Beverly Hills, 90210 fans have been waiting a long time for this revival, but there’s a twist. Original cast members Shannen Doherty, Jennie Garth, Jason Priestley, Ian Ziering, Gabrielle Cateris, Brian Austin Green, and Tori Spelling are returning but not as their characters. They’re playing heightened versions of themselves and reunite when one of them suggests that it’s time to get a Beverly Hills, 90210 reboot going. Count us in.