“She wins, wins again, makes history and then keeps winning,” Jack Kennedy Schlossberg, 26, said when introducing Speaker Nancy Pelosi, 79, at the annual Profile In Courage Award ceremony at the John F. Kennedy Library on May 20. The grandson of President John F. Kennedy raved about the 2019 Profile In Courage award winner, describing the 17-term congresswoman and twice-elected speaker has having a career in courage, per NBC Boston. “Tonight, we honor the most important woman in American political history, and a profile in courage if there ever was one.”

“Hers is a career of courage,” Jack said, “spanning decades of change and challenge, inspiring hope and withstanding hate, delivering victories and surviving setbacks, all in service to our country. … Her political successes are historic, but they are not what make her a Profile in Courage – instead, it’s what she’s done with it, the progress she’s achieved, the difference that she’s made in people’s lives, the example of leadership that she’s provided to all of us.” Jack celebrated Nancy’s work in passing the Accordable Care Act, quoting David Axelrod by saying, “there would be no Affordable Care Act without Nancy Pelosi. Period. End of story.”

“So, doing her job and not just keeping it, and demanding the same of others, that is what makes her a Profile In Courage,” Jack added. “And if that all weren’t enough, we’ve watched this year as Speaker Pelosi summons the courage to protect the fundamental character and promise of our government when others attack it openly, abandon them quietly, or violate them deliberately. She is steadfast in her commitment to procedure and her defense of the Constitution, and asserting the proper role of the Legislative branch. … Her discipline, focus, and integrity stand out [and] raise the bar; setting an example for my generation to follow. “ 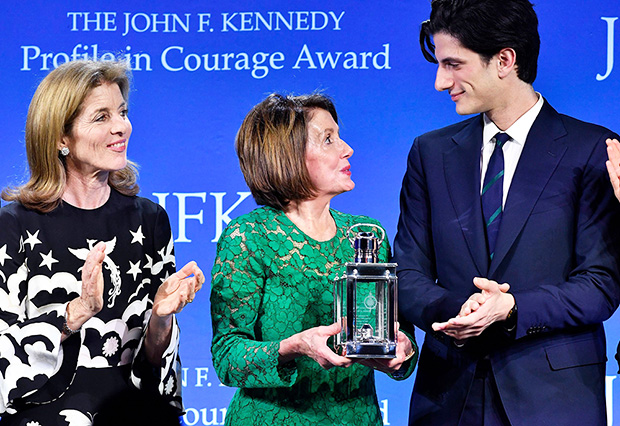 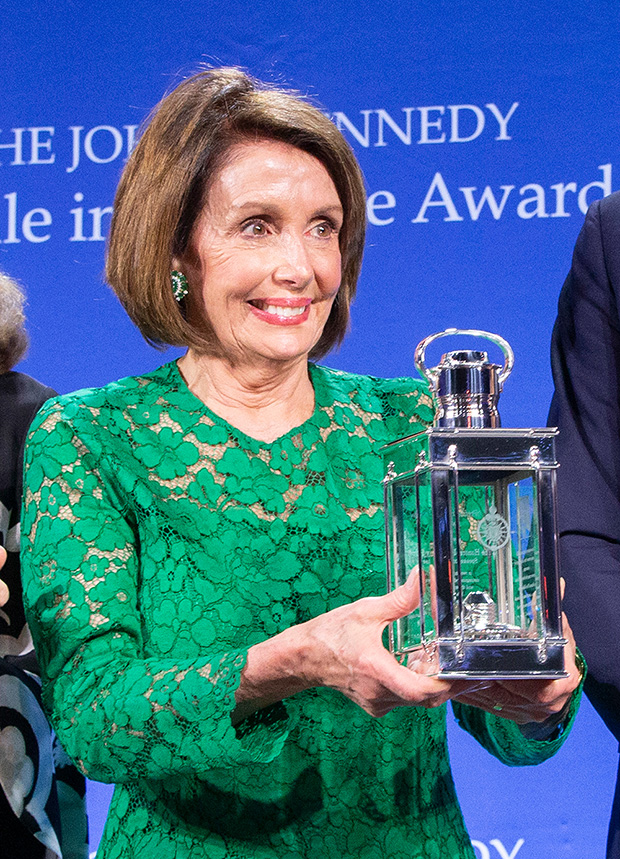 While Jack delivered some high praise at the black tie event – which was attended by hundreds of political VIP’s – it was Jack’s mother, Caroline Kennedy, 61, who really celebrated Speaker Pelosi, calling her “the most consequential woman in American political history. …She has consistently acted in service of our highest principles and our most vulnerable citizens.” Caroline, a former ambassador to Japan, even admitted that she “probably have as great a crush on her as she had on President Kennedy.”

Related: Nancy Pelosi’s Kids: Everything To Know About Her 5 Children

“I’m overwhelmed by the honor of it all,” Nancy said when accepting the award. She spoke about her determination to pass the ACA, but reminded all the Americans watching that now, more than ever, courage is needed within the country.

“I’ve seen many people with conviction and commitment to their ideals. But what’s important is the third ‘C’: The courage to act upon those ideals,” she said, per HuffPost. “In my public life, I have seen leaders who understood that their duty was not to do what was easy, but what was right. In their name and in the name of all who hold fast to an ideal in the midst of the storm, I accept this award.”