While Daenerys was on the Iron Throne at the beginning of the Game of Thrones series finale, she wasn’t the one ruling Westeros in the end. The person who became the new King of the Six Kingdoms was none other than Bran Stark. After Daenerys was killed by Jon Snow following her destruction of King’s Landing, Tyrion was brought before a council by Grey Worm to receive punishment for betraying Daenerys. Jon Snow’s punishment was also brought up and Tyrion said that had to be decided by the new king or queen. Sam Tarly suggested a vote for a new king. Tyrion said the new ruler should be Bran. The council, made up of Sansa, Arya, Gendry, Sam, Davos, Bronn, Yara Greyjoy, Edmure Tully, and more, voted for Bran to be the new king. As for Tyrion’s punishment, Bran decided to make Tyrion his Hand of the King.

However, Bran wasn’t sitting on the Iron Throne at the end of the episode. After Jon killed Daenerys, Drogon melted it down to nothing. There was no Iron Throne in the end and that’s a really good thing. The fight for the Iron Throne led to nothing but bloodshed. King Bran the Broken was the start of a new era.

As for the other Stark siblings, Sansa was named the Queen of the North. Bran agreed with Sansa in letting the North remain independent. Arya decided to head west of Westeros. Jon Snow’s punishment for killing Daenerys was to return to the Night’s Watch, forsaking his claim as the rightful heir to the Iron Throne.

With Bran as the new king and Tyrion as his right-hand man, this brings Bran and Tyrion’s relationship full circle. After Bran was pushed out the window by Jaime Lannister, Tyrion was accused of plotting to kill Bran by Littlefinger. Bran’s mother, Catelyn Stark, took Tyrion prisoner in the first season, sparking a conflict between House Stark and House Lannister. 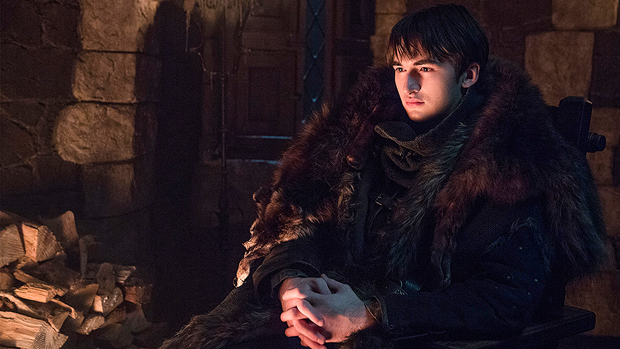 Tyrion was always innocent and never tried to hurt Bran. “I have a tender spot in my heart for cripples, bastards, and broken things,” Tyrion said to Robb in season 1 after showing Bran his idea for a special saddle so Bran can ride his horse again. After seasons of the Starks and Lannisters being at odds, there was peace between them in the end.