The American Idol finale was jam-packed with performances, and even judge Katy Perry showed off her pipes to wow the crowd! Katy spent most of the show behind the judges table with Lionel Richie and Luke Bryan, where she looked incredible in a strapless black and white dress with a matching hat, with her hair pulled back into a slick low ponytail. However, she also hit the stage to sing. Her first performance of the night was with Daddy Yankee, with a collab on their song, “Con Calma.” She looked amazing in an orange fringe jumpsuit for the set, too! Oh, and her hair was styled with 76 wigs. Yes. 76! Later, Katy was joined by season 17 contestant, Jeremiah Lloyd Harmon, for a rendition of “Unconditionally” that was absolutely STUNNING.

After a night full of performances, the Idol finale concludes with the winner of season 17 being named. The three finalists competing for the top spot are Alejandro Aranda, Madison VanDenburg and Laine Hardy. Katy has been front and center throughout the contestants’ journeys this season, so she’s obviously extremely invested in how the show plays out based on America’s votes.

It was recently announced that American Idol has been picked up for another season by ABC — its third since being rebooted in 2018, and 18th overall. However, at this time, the judges for the 2020 season have not been confirmed, so it is unclear if Katy, Luke and Lionel will be returning. 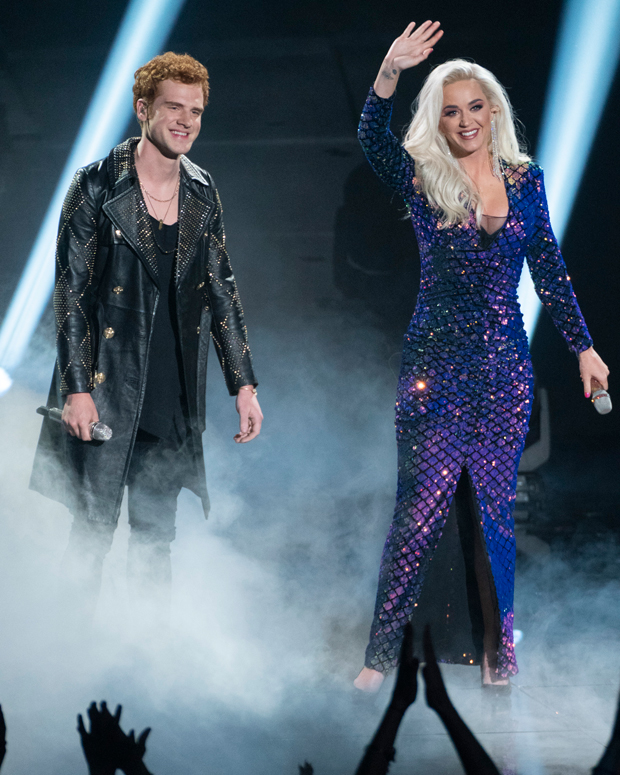 Meanwhile, Katy has not released a full album since Witness in 2017, so her fans are hoping she’ll be working on some new tunes now that this season of Idol has come to an end. Of course, Katy also got engaged to Orlando Bloom earlier this year, so wedding planning is likely on the top of her to-do list, as well!