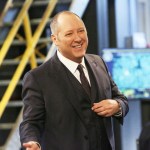 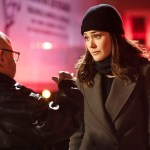 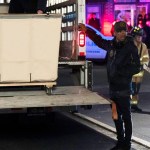 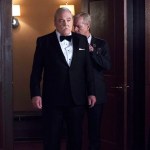 ‘The Blacklist’ left fans with one heck of a cliffhanger. The show’s EPs spoke EXCLUSIVELY about that final scene, [SPOILER]’s return, and what it all means for season 7.

Katarina Rostova is alive and well. In the final seconds of The Blacklist season 6 finale, Red tracked her down, thanks to the help of a mysterious stranger, and came face-to-face with her. It didn’t take long for Katarina to show her motives. She stabbed him with a needle and had him taken away in a sketchy car. Katarina has never been seen in the present day. We’ve only seen her in flashbacks, played by Lotte Verbeek. Now Laila Robbins has stepped into the role.

HollywoodLife spoke with Blacklist bosses Jon Bokenkamp and John Eisendrath about what those final moments mean for season 7. Katarina’s return will have a major impact on not just Red, but Liz as well. The EPs also discussed the mysterious stranger Red met up with and if we’ll see him again in the future. Check out our Q&A below.

Do you have an idea of where season 7 will pick up? Do you have the season mapped out at this point?
Jon Bokenkamp: I think the end of this season, as short as that last scene was, I think the promise of that scene is the introduction of this character, her relationship, Katarina’s relationship to Reddington, and just a suitcase full of questions. She’s obviously formidable. She has his trust in a way that catches Reddington on his heels. She’s dangerous. We know a lot about this character from previous episodes but we’ve never seen her in the present day and I think Laila Robbins did such a great job of embodying that mystery and that power. In terms of where we’re going, we have plenty to figure out but I think the promise to the audience is that we’re going to be able to sink our teeth into this woman and this character and her relationship to Reddington and to Elizabeth Keen, who by the way, has no idea that she’s alive or that Red has been taken. There are just so many questions that it presents. I think it gives us a really great push into next season, not only into Reddington and the sort of jeopardy that he’s in but into the core questions of the show, the canon of the show, the mythology and who these people are and how they’re related.

Will Laila be a series regular next season? Is that something that you have confirmed or want?
John Eisendrath: I don’t think we can really talk about her role other than I think it’s safe to say that Katarina, whether it’s the specter of Katarina or looking her in the eyes is the promise of season 7.

Is it safe to say that Liz, Dembe, and the Task Force will go after Red in season 7?
John Eisendrath: One of the endurable things about each year is that either Red knows more than Liz or Liz knows more than Red. When season 6 began, Liz knew much more than Red. She knew he wasn’t really Reddington. He did not know that she was aware of that and she was way ahead of him, and at some point during the season, he caught up. The same will be true in season 7 in reverse. Red is way ahead of Liz for both good and bad. He’s way ahead of her and yet he’s tracked this woman, Katarina and he’s obviously been hurt by her, but Liz is totally unaware of it. So, yes, at some point, in some way, it will be a huge revelation to Liz that Red has done these things.

Another notable aspect from the finale was this mysterious stranger. Can fans expect him to pop up again?
John Eisendrath: I think what you’re seeing about this stranger character is just how close he is to Reddington, right? The idea that Reddington tasked him to finding Katarina, the language that they used, and the closeness. I think that is the big takeaway here is will we see him again? I think he’s part of the fabric of the show. He’s part of the DNA of the show. I think it’s too soon to say what we’ll see yet, but I do believe that him as a character, the stranger is central to the mythology of the show.

Agnes came back into the picture in this final episode. Are we going to see more or her? Is that something that you would want to see more of between Agnes and Liz in season 7?
John Eisendrath: What I would say is that there’s a compelling parallel storyline. Here was Katarina who, in moments of crisis, had to make the decision to give up her daughter. Then earlier on in the storytelling on our show, Liz had to make the same decision about her own daughter. Like mother, like daughter. Here we have a situation where Liz has decided because she believes her mother is no longer a threat to her to bring her daughter back. Then the first thing you see about her mother is that she drugs Raymond Reddington. So did Liz make the right choice? Is this going to be something that is going to come back to haunt her and that she will regret will definitely be questions that once Liz discovers what the audience knows happened at the end of the year, she will have to wrestle with.