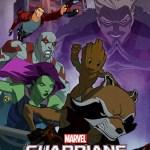 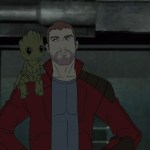 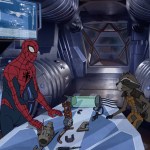 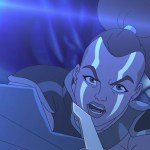 Raven-Symoné is the voice of the amazing superhero Valkyrie in ‘Marvel’s Guardians of the Galaxy: Mission Breakout.’ Watch this EXCLUSIVE preview ahead of the new episode.

“I am a Marvel [fan] and I am a comic book fan and I’m a super fan of Guardians of the Galaxy,” Raven-Symoné says in this EXCLUSIVE behind-the-scenes of Marvel’s Guardians of the Galaxy: Mission Breakout! She plays Valkyrie, the fierce Asgardian warrior, who comes and rescue the Guardians. “Valkyrie is a calm, cool, awesome chick,” Raven continues. She adds that Valkyrie and Gamora are “very competitive” in the episode. “Finding ways to just push each other’s buttons throughout the whole episode is kind of fun,” Raven notes.

“What I love about Guardians of the Galaxy is that it’s comedy, it’s action, it’s twists, it’s turns, and the characters are well-rounded,” Raven says. The actress has had a lot of roles over the years and she says that she looks for “strength” in the roles she takes and “how much fun it’s going to be.” Valkyrie is played by Tessa Thompson in the live-action Marvel Cinematic Universe movies.

Raven will make her debut as the voice of Valkyrie in the Marvel’s Guardians of the Galaxy: Mission Breakout! episode titled “The Real Me.” This marks Raven’s first appearance on a Marvel TV series. In the episode, the Guardians make their way to Knowhere when they are attacked by a cloaked intruder. After splitting up to pursue the intruder, the Guardians return with two Quills.

The episode will air May 19 at 10 p.m. on Disney XD and in the DisneyNOW app. The show stars Will Friedle as Peter Quill/Star-Lord, Trevor Devall as Rocket Raccoon, Vanessa Marshall as Gamora, David Sobolov as Drax the Destroyer and Kevin Michael Richardson as Groot.