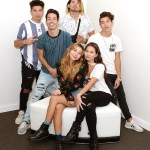 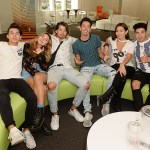 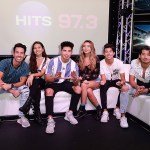 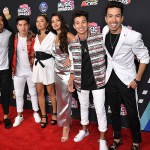 JAGMAC has the song of the summer with ‘Like A Band’ and HollywoodLife is EXCLUSIVELY debuting the lyric video for the song. The lyric video is going to get you on your feet and dancing.

Happy Friday! JAGMAC is premiering the lyric video for their newest single “Like A Band” and HollywoodLife has the EXCLUSIVE first look. The lyric video is the very definition of summer vibes. From the water to the palm trees to the bright colors, you’re going to want to hit the road for vacay after watching their lyric video. Talk about a way to kick off the weekend! The single is an homage to the 1997 smash hit “Barbie Girl” by Aqua.

The “Like A Band” music video will fittingly premiere this summer on JAGMAC’s YouTube channel. The pop sibling group premiered “Like A Band” on Radio Disney on May 10. The single is currently available to stream and download on Spotify, Apple Music, Pandora, Google Play Music, iHeartRadio, Deezer, and TuneIn. JAGMAC will celebrate the release with a headlining tour across the U.S.

JAGMAC is made up of six siblings from Baltimore: Jared, Angelique, Gabriel, Manjo, Alyssa, and CJ. The group gets its name from the first initial of all six members. They all sing, dance, choreograph, and play musical instruments. There’s nothing this group can’t do. The siblings also hold black belts in Tae Kwon Do.

JAGMAC was named Radio Disney’s Next Big Thing in April 2018. They were invited to perform at the U.S. Open and went on their first multi-city concert bus tour alongside In Real Life. JAGMAC is doing big things and we can’t wait to see what’s next for this group.