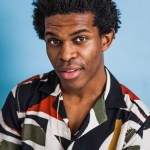 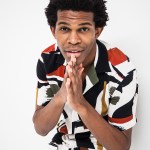 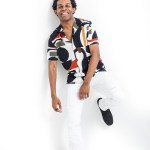 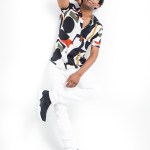 Camrus Johnson is a busy man these days. He’s starring in the new romantic drama ‘The Sun Is Also A Star’ and will be playing Luke Fox in the highly-anticipated ‘Batwoman’ series. HL spoke EXCLUSIVELY with Camrus about his exciting projects.

Camrus Johnson stars as Omar alongside Charles Melton and Yara Shahidi in The Sun Is Also A Star, which is out now. The movie is based on the best-selling novel by Nicola Yoon. In addition, Camrus is also starring as Luke Fox in the upcoming CW series Batwoman. He joins cast member Ruby Rose, who is playing the legendary Kate Kane/Batwoman. The series will premiere this fall.

HollywoodLife sat down EXCLUSIVELY with Camrus to talk about amazing roles. The role of Omar in The Sun Is Also A Star is special for Camrus because the character was created specifically for the film. He opened up about why Omar is so great for Daniel. He also teased — what he could! — about his role in Batwoman. Camrus revealed his #1 actor to play his onscreen dad, Lucius Fox, if that ever comes into play. Check out our Q&A below.

What do you love about Omar in The Sun Is Also A Star? What stands out to you about him?
Camrus Johnson: Omar is just such a supportive, good friend. He’s Daniel’s best friend. They’re like brothers more than anything. So because Daniel doesn’t have a great relationship with his brother, Omar is more of a brother to him than his real brother. Omar is more supportive. Omar is always there for him. Omar gets his sense of style, a sense of comedy, get his dreams, he gets the type of women that he likes. What I like about him is that he’s the support system and he’s so caring and giving, but he’s also very driven. So while you see him talking to his best friend, and it’s sort of like centric on this girl that he sees, he’s writing a song and trying to figure out his own future because he wants to be a musician.

Book to film adaptations are very common now. Are there major changes or would you say the movie stays pretty faithful to the book?
Camrus Johnson: I think it stays pretty faithful. I mean, I read the book directly as soon as I booked the part. I think the day that I booked it, I ran to the bookstore and bought it. One big thing that’s different between the film and the book is that Omar is not in the book. Omar was a character that was made for the film. It was cool. When I was reading the book, I expected to see Omar, because I didn’t know he was made for the film, and I’m glad that they added him to the movie because I think the Daniel character needs that other person. I feel like Daniel needs a support system more because Natasha’s character has it all, but not at all. She doesn’t have it all figured out, but she’s like a very scientific brainiac sort of person. Daniel is so poetic and he leads with his heart rather than with the brain. So I feel like he needs a best friend to sort of like keep him grounded a little bit. I like the fact that I get to be the new character for all of the book readers.

You’re also starring as Luke Fox in Batwoman. How would you describe Luke?
Camrus Johnson: It’s hard to say. Luke Fox is a lot of things. What we see in the pilot is that he takes his job very seriously, so he’s kind of nervous because he doesn’t want to make the big man mad. I think that’s where the comedy comes from. He’s kind of adorable. He’s trying to be serious but he’s so cute. He’s super smart and he comes from money. I think Nicole Kang is another comedic relief because she is so funny in this and there’s comedy throughout sort of.

How would you sort of tease the dynamic between Luke and Kate?
Camrus Johnson: Where it is right now, I think he’s still trying to figure out what he thinks about Kate. Because it’s all brand-new for him, for both of them really. And I can’t obviously say much about what happens, but I think he will soon grow to like her, but I think he’s a cautious man in general. I think he’s very protective of his job. He’s very protective of everything and everyone. So he never wants to say too much or show too much, and whenever anyone shows interest, which doesn’t happen very often, he’s always very wary. He’s definitely intrigued, but he’s cautious.

Batwoman is a game changer for The CW and TV as a whole. The show is TV’s first live-action scripted series with a lesbian superhero. What does it feel like to be a part of this project that’s breaking down barriers?
Camrus Johnson: I feel very blessed because it’s crazy to be in a show that you would watch anyway. It’s crazy to be in a project that you know would be one of your favorite projects if you weren’t already acting in it. I’m very lucky to be in this cast and it’s also so diverse. I mean me and Maegan [Tandy] make two black leads of the show. Nicole [Kang] and Elizabeth [Anweis] make the Asian leads of the show Ruby’s lesbian and I feel like just the core cast of the show is so diverse that there’s so much room for more diversity as the show continues.

Who is your dream actor to play your onscreen dad?
Camrus Johnson: Well, I mean Morgan Freeman obviously. But if I was to not say the obvious, I’d maybe say Mahershala Ali. Me and Mahershala met on Luke Cage. I think he would be a great dad. for me. Mahershala Ali might be my number one choice. Chadwick Boseman might be too young. Ernie Hudson might be a cool dad, too.

In the comics, Luke ends up becoming Batwing. Do you know if that will happen?
Camrus Johnson:  I honestly don’t know where the show’s going to go. Like I know the ideas, I know the concepts of where the show may go and could go. But as far as Batwing is concerned, I don’t know how he will or may or may not fall into the universe, but it would be huge for me. Every actor wants to be a superhero and I’ve always sort of want it to be Static Shock, who was another DC character. In Static Shock, his best friend becomes Gadget. Static Shock and Gadget end up working together. Static is a young, funny, smart black kid with superpowers and Gadget is his best friend in a metal suit that flies around and is the tech guy. Batwing is Static Shock and his best friend put together so it’s my dream role. One reason that I personally have always wanted to be a superhero is that I’d be a superhero for little black kids who look up to you one day. If that doesn’t happen in Batwoman, I know it will happen one day.