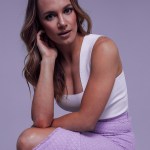 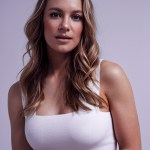 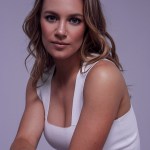 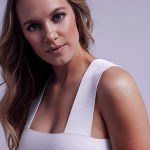 ‘Station 19’ season 2 is going out with a bang. HL spoke EXCLUSIVELY with Danielle Savre about the finale, Maya and Jack’s possible future going forward, and more ‘Grey’s Anatomy’ crossovers.

Buckle up and brace yourselves. The Station 19 season 2 finale is going to leave you on the edge of your seat until the very end. Danielle Savre stopped by HollywoodLife’s New York City office to talk the finale and what could lie ahead in season 3. The show just had to say farewell to Ripley and his death will have a big impact on the crew going forward. The crew will be traveling to Los Angeles to fight a massive wildfire that puts everyone in danger.

Danielle also teased that the final minutes of the finale will feature a “huge shock” that impacts not one but two relationships. She opens up about whether or not she thinks Maya and Jack can last long-term and her hopes for season 3. Station 19 and sister show Grey’s Anatomy will have even more of a shared universe next season and the storyline possibilities have Danielle “excited” about what’s ahead. Check out our Q&A below.

Grey’s Anatomy and Station 19 are going to have even more of a shared universe in season 3. How do you feel about the story possibilities?
Danielle Savre: I am extremely excited and extremely nervous right now because we know nothing. As you know, so much has changed. We think there’s going to be a lot of shifts too, but we’re excited for them. We are just very excited to see what’s to come and what Krista [Vernoff] is going to do because when we think what she does at Grey’s and what she’s always done at Grey’s is so impressive and she really pushes limits and boundaries and storylines. She brings a lot of conflict to the forefront and topical conversations that need to be had. We’re excited to do those storylines and to see where those go, but it’s also very nerve-wracking. The crossovers are going to be awesome.

In the last episode, the show said goodbye to Ripley. Did you guys all know that Ripley was going to be the one to die?
Danielle Savre: We were told early on that was probably going to happen. I think we were wishful thinking that they were going to change their mind. He is so beloved by fans. We can’t do it now! We can’t, like, we just have to bail and we’re not going to do that scene. Stacy [McKee] stuck to her guns. That was what she planned on doing and Brett [Tucker] kind of knew that there was always gonna be an end to his character. I miss him so much and it’s so sad, but I think for the sake of storytelling, it was a phenomenal storyline. He was so beloved by fans and by the cast and such a great actor. I think that selfishly, as actors, we’re just sad because he was so great to work with.

How is Ripley’s death going to impact them and change their view of this job?
Danielle Savre: I don’t know what’s going to happen. I mean some people’s PTSD might be brought back to the surface or it’ll be interesting to see how Vic is going to really cope with this because she hasn’t coped with it yet. She finally got up the courage to go to the funeral, but it’s going to be a while to process what really happened. I think the same with Sullivan, too. He had such a bond with Ripley. He was his best friend and it’s going to be very interesting to see how it all plays out and what happens, but I love that episode. I loved how it was about how people processed the emotion and you see these really tough guys finally kind of all break down at the funeral. You see Maya who’s always like, ‘I don’t show emotion, I don’t cry, I don’t do this.’ Even though she’s saying that she’s not doing that, she can’t keep it together.

That’s such a huge deal and I feel like a lot of shows don’t really explore that.
Danielle Savre: You never do the funeral. When we read the script because it moved very slow we were like, ‘OK, how are we going to make this flow a little faster?’ Because funerals are depressing. They’re sad. They’re slow moving. You’ve got to give it the time it deserves. They did such an amazing job with it. Even our technical advisor, who is the former LAFD Chief, was so proud of how we did it and how we paid our respects to the actual process of when firefighters fall. It turned out way more than I ever thought it was going to simply because people don’t do funeral scenes for a whole episode because they’re depressing and very slow moving.

This season introduced Maya and Jack and the fandom is strong now! Do you think they can make it work? A real relationship out in the open and everything?
Danielle Savre: Again, this my personal opinion: I’m not sure Maya can make relationships work. I think she’s never done them before. She’s got her Wednesday, her Monday, her Tuesday, she doesn’t even say their names. That’s how she lives her life. Her life is her friends, her family, and her job. So relationships I think are not really a priority for her, but I think she’s realizing that she’s falling and has fallen for Gibson. And that’s a struggle. I mean, I think I kind of relate to Maya a little bit in that commitment is hard.

Their relationship is complicated, especially with it being a workplace type of situation. This is someone you have to see every day. It’s not like you go your separate ways and then come back at the end of the day. You see them all the time.
Danielle Savre: All the time. So I’m interested to see where it goes. I think they do have this bond. I mean Grey [Damon] and I have always loved working with each other. As far as a relationship, I’m not even sure if he’s capable of it. Back in season 1, he proposed to Andy after 3 months of dating. He’s probably got his own hang-ups and his own PTSD. I would love to explore what kind of goes on in their heads and how they think this is going to work out. Right now, I think they’re just acting on emotion, which is beautiful to watch. I think that’s the part of you that’s vulnerable, just acting on how you feel and have that be reciprocated. They’re doing that and that’s what I love watching because how many of us want to tell that guy that we really have feelings for but you’re so nervous because they’re not going to say they have feelings back?

The team is heading to Los Angeles to fight wildfires in the finale. What can you say about the situation?
Danielle Savre: They’re not familiar with the situation. They’re in California. They’re dealing with wildfires that they don’t usually deal with. I mean it’s a whole different ball game. I think there’s an element that’s really interesting at play. Firefighters are well versed in so many things. Everywhere from how electrical works in a building to how buildings are laid out to fires and cats and trees. They know everything. But then you’re also putting them in an element where they’re completely unaware of how to put out fires because this is not their area. It’s not normal, so I think they’re also making mistakes that could cost them their lives.

What are your hopes for the third season? Is there anything you want to see happen with Maya?
Danielle Savre: I do want to see more conflict. Maya never gets angry. She keeps it together all the time. She’s very cool and she processes things and then she figures out the most rational, logical way to handle the situation. I’d like to kind of see her faults a little bit more. I would love to keep playing the love thing and see if she’s capable of it. I really want to know: Is Maya capable? And not just of love but of monogamy? She’s a bisexual woman. Yes, she loves one person, but is she going to want to have an open relationship? That’s the world we live in. People are making that decision in their relationships in 2019. So is that something Maya is going to bring to the table. Is that something Jack would be okay with? There are so many storylines that could happen that I would love to play. I think we’ve seen the pretty side and the gentle side of being a female firefighter. We’ve seen us be badasses. It would be very interesting to see the women challenged by someone who doesn’t think they should be there.