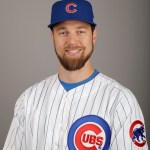 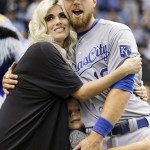 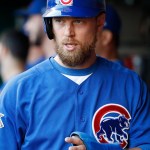 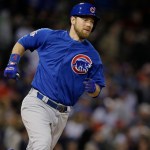 Ben and Julianna Zobrist’s divorce appears to be getting messy. The Chicago Cubs star has reportedly filed for legal separation, alleging that his estranged wife ‘has been guilty of inappropriate marital conduct.’

Chicago Cubs’ Ben Zobrist, 37, filed for legal separation from his wife of nearly 14 years, Julianna, 34, earlier this week in Williamson County, Tennessee — alleging she “has been guilty of inappropriate marital conduct which render further cohabitation impossible,” the Tennessean reported on Wednesday May 15. The three-page filing states that Ben hopes both parties will enter into a marital dissolution agreement and permanent parenting plan, or for a judge to enter an order of legal separation and have the two live separately, “unless they can reconcile,” the Tennessean reports.

Ben’s alleged legal filing came just days after he announced he was taking a leave of absence from the Chicago Cubs. The three-time All-Star, who joined the Chicago Cubs in 2016, has been on “personal leave” from the team since May 8. “I texted with him the other day [and] reminded him how much I care about him, and how much we miss him,” the team’s manager, Joe Maddon said.

Ben and Julianna married in 2005, and they’ve owned a home in Williamson County for 12 years, according to the Tennessean. They share three children together — a son Zion Benjamin and daughters Kruse Allegra and Blaise Royal. Julianna gave birth to their baby girl, Blais, 2, five days after Ben and the Kansas City Royals won the 2015 World Series. Ben and Julianna have not yet released a public statement regarding the divorce reports.