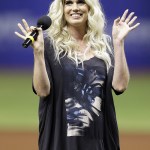 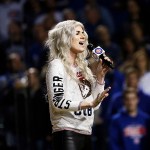 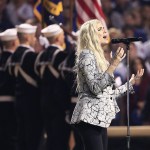 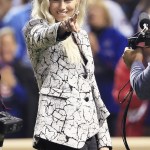 After 14 years of marriage and 3 kids with MLB star Ben Zobrist, Julianna Zobrist has filed for divorce. Here’s everything to know about the woman parting ways with the baseball star due to ‘irreconcilable differences.’

A red flag was raised when MLB star Ben Zobrist, 37, took a full week off from work for “personal reasons,” and it seems that the time off wasn’t able to mend issues that have arisen in his personal life. The 2016 World Series MVP is getting a divorce from his wife, Julianna Zobrist, after 14 years of marriage. Julianna, a Christian pop star, was the one to file on May 13, according to Cook County circuit court records (h/t the Chicago Sun-Times.) Julianna is listed as the plaintiff, and the filing cites “irreconcilable differences” as the grounds for the divorce. However,  Ben has since accused his wife of “inappropriate marital conduct” in a complaint for legal separation filed in Tennessee this week. Here’s everything to know about Julianna in the midst of the couple’s surprising split.

1.She’s known for her career as a Christian pop singer. Julianna is a professional singer who infuses a little bit of electronic influence into her music. She sang the national anthem at numerous Cubs games through the years, and once performed at a World Series game in 2016. Two of her singles, “The Dawn” and “Alive”, previously charted on Billboard.

2. She’s an author. Julianna’s breakthrough book Pull It Off: Removing Your Fears and Putting on Confidence, was released in September of 2018.

3. Her religious roots run deep. Julianna was born the daughter of a pastor. She originally hails from Orlando, Florida.

4. She’s taken a social media leave of absence. After she filed for divorce, fans noticed that Julianna had deleted her Twitter account, as well as numerous photos from her Instagram account that had featured her husband.

5. She and Ben have been married since 2005. They have three children together: a son and two daughters.