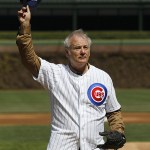 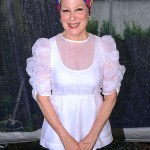 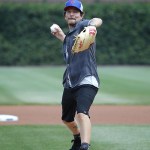 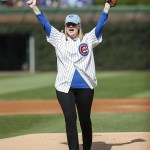 After taking a ‘leave of absence’ from his team, Chicago Cubs star Ben Zobrist and his wife, Christian pop star Julianna Zobrist, have decided to call it quits over what she cites as ‘irreconcilable differences!’

After nearly fourteen years of marriage, Major League Baseball star Ben Zobrist, 37, and his wife, Julianna Zobrist, 34, have struck out, relationship-wise. The 2016 World Series MVP and Christian pop star filed for divorce on May 13, according to Cook County circuit court records (h/t the Chicago Sun-Times.) Julianna is listed as the plaintiff, and the filing cites “irreconcilable differences” as the grounds for the divorce. The couple has three children – a son and two daughters – together. Julianna actually gave birth to her baby girl, Blaise Royal Zobrist, 2, five days after he and the Kansas City Royals won the 2015 World Series.

Ben, who joined the Chicago Cubs in 2016, has been on “personal leave” from the team since May 8. Eagle-eyed fans may have suspected something was up, as Juliana deleted her Twitter account and scrubbed her Instagram account of most, if not all, of the pictures of them together. The Cubs didn’t disclose the nature of Ben’s hiatus, and team officials said on May 14 that his timeline remains indefinite. “I texted with him the other day [and] reminded him how much I care about him,” the team’s manager, Joe Maddon, said, “and how much we miss him.”

Julianna, a Christian pop star, had two of her singles chart on the Billboard magazine charts: “The Dawn” peaked at No. 30 on the Christian AC Indicator chart, while “Alive,” reached No. 48 on the Christian Digital Songs chart. Baseball fans might remember her from the times she sang the national anthem for both the Kansas City Royals and Chicago Cubs games. In 2016, she sang “God Bless America” before a 2016 World Series game at Wrigley Field. Ben — a Eureka, Illinois native — won back-to-back World Series with two teams, first claiming the title with the Royals in 2015 and with the Cubs in 2016. Ben is currently in the final year of a four-year deal with the Cubs.

“That is a tragedy,” he added. “I think we have to remember that we do want to give our kids privileges and pursue something but remind them that more than anything, success is what God says it is.”