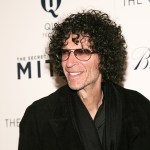 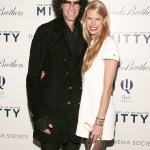 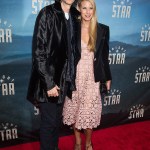 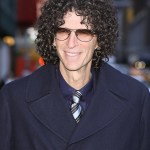 The ‘King Of All Media’ isn’t giving up his crown. As his new book, ‘Howard Stern Comes Again,’ hits the shelves, we’ve EXCLUSIVELY learned why Howard isn’t going away anytime soon.

Howard Stern Comes Again, the book the New York Times describes as an “encyclopedic new interview collection” that’s “handsomely produced [and] notably well-edited,” is out today (May 14.) It’s Howard Stern’s first book in more than twenty years, and it likely won’t be his last. Though Howard, 65, has spent the previous four decades behind a microphone, a source close to the notorious shock jock EXCLUSIVELY tells HollywoodLife.com that the “King of All Media” is just getting started. “Howard has always had retirement on his mind for twenty plus years but even though he playfully threatens it, retiring from the radio is not something he is going to do anytime soon.”

“He is convinced he has at least one more contract left in him,” the source tells HollywoodLife.com, noting that Howard’s current deal with SiriusXM is up in 2020. “He has built such a major set of channels on SiriusXM, he is about to come out with a book and, when he really thinks about it, he is still having fun! He wants to do other things, and he has other projects on the horizon, but quitting radio is not a likely happening.”

SiriusXM, the source notes, also gives Howard all the freedom to do whatever he wants, and he doesn’t want to give that up. Nor, the insider adds, does he want to abandon his loyal crew — Robin Quivers, 66, Fred Norris, 63, and Gary “Baba Booey” Dell’Abate, 58. “So, fans shouldn’t fret because he still has a few more years to do what everyone loves him for. He will continue, and retirement is far away reality.”

Another person who’s eager to see what Howard gets up to next is Wendy Williams, 54. The two seemingly buried the hatchet after a recent clash — she said he had “gone Hollywood,” he said she was a “jealous b*tch” — after Howard realized he had misinterpreted her comments. “That was me at my worst,” Howard said of his March 13th rant. “I thought she was saying that I was a piece of shit and I sucked. But as [I hear it] now, I don’t see it as an offense at all.” After apologizing for his comments, Wendy forgave Howard on her show. “Howard, you know what, if you never apologized to me ever in your life, you would still be one of the most influential people in shaping my career.”