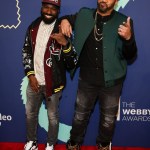 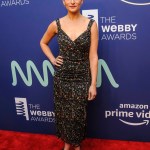 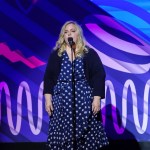 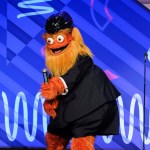 Political commentators and comedians, alike, enjoy the unlimited content Donald Trump gives them. Desus & Mero reveal why the president is their favorite person to roast.

Whether you like him or not, Donald Trump (and his Twitter feed) has provided us with some of the best comedy we’ve seen in the last two and a half years. From literally everything on SNL to Sean Spicer as the Easter Bunny, this presidency has been comedy gold. Showtime stars and comedy duo Desus Nice and The Kid Mero revealed that it never gets old roasting Trump, and they don’t think that will end anytime soon. “Every week is something different. it’s like he doesn’t know how to close an umbrella, he’s got weird hands and he drinks water weird, he’s moving papers and stuff,” Desus exclaimed in an EXCLUSIVE interview with HollywoodLife at the Webby Awards. “He, without a doubt, everyday, you just wait a minute and Donald Trump is going to do something weird.”

Mero nodded along and added, “You can literally just sit there and refresh your Twitter feed for like five minutes while you’re on the toilet and be like all right, cool, we got the show. You know what I mean? That’s it!” When asked what they’d do if Trump was no longer in office, Desus jumped in and said, “That’s the new cliff hanger. Forget Game of Thrones, this year, will Donald Trump’s actually be leaving office?”

The comedy duo were recognized at the Webbys with the Special Achievement Awards for their contributions to internet culture. Desus and Mero’s self-titled series on Showtime has been met with rave reviews, and the pair just had on Country/Hip-Hop sensation Lil Nas X! “He can be whatever he wants to be. He has a rock song coming out. He has ‘Panini’ about to drop. He’s not limited to one genre,” Desus said of the “Old Town Road” rapper. “It’s like the NBA now has developed into position-less basketball, where you don’t have guys who have a specialty anymore — it’s the guy that can do everything, and Lil Nas X is the guy that can do everything,” Mero added. “He can sing, he can play instruments, he can rap.”

Desus & Mero airs on Mondays and Thursdays at 11 PM ET on Showtime!