‘The Bachelorette’ is back! Hannah Brown meets all her guys and holds her very first rose ceremony during the May 13 premiere, and she looked stunning in a silver dress for the occasion.

Hannah Brown is certainly making a good impression on the men trying to win her heart on The Bachelorette with this super sexy ensemble! For the very first rose ceremony, Hannah wore a silver dress that’s absolutely to DIE for. The sequined gown hugged Hannah’s figure perfectly, and it featured a thigh-high leg slit that allowed her to show some skin. To complete her night one look, Hannah wore matching, open-toed shoes, and her hair in tight curls. Her makeup also looked gorgeous, with her skin absolutely glowing and her toned down nude lip putting the focus totally on the slinky gown.

This is likely just one of many amazing looks we’ll be seeing from Hannah throughout this season, as she searches for her soulmate amongst a group of 30 hot men. Hannah was left heartbroken after Colton Underwood dumped her on The Bachelor, but she’s held strong to the fact that she deserves a man who will love her for her, unconditionally. On The Bachelorette, she’s hoping to find that perfect person for her, and we’ll see how it plays out over the next several weeks! Of course, the season won’t be without some drama — even on night one, Hannah is forced to confront a contestant for lying to her right off the bat!

In previews for the episode, viewers saw Hannah tell off Scott Anderson for coming on the show with a girlfriend. We won’t know how he responds until the full episode airs, but it’s clear from the get-go that Hannah will be taking NO nonsense from the guys! 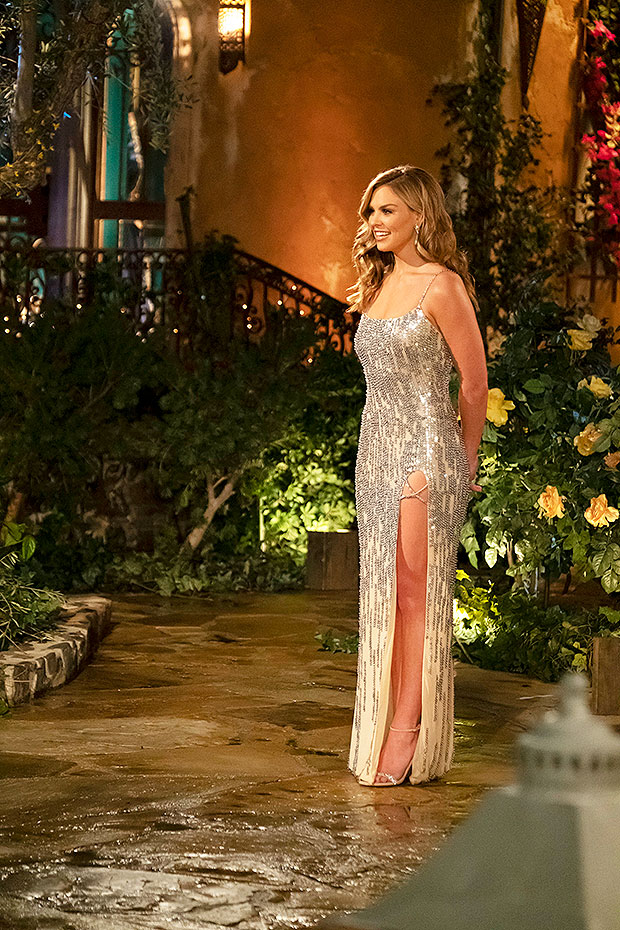 The Bachelorette will air Mondays at 8:00 p.m. on ABC throughout the beginning of summer. After the season ends, season six of Bachelor in Paradise will begin in the same time slot.