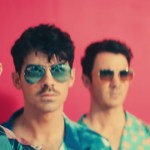 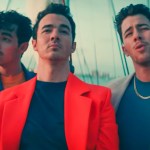 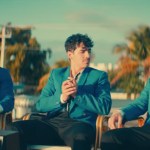 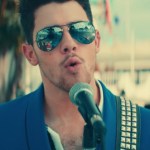 It’s been a decade since the Jonas Brothers last appeared on ‘SNL.’ Now that they’re back together and are bigger than ever, they killed it on May 11 with their number one hit ‘Sucker.’

When season 44 of Saturday Night Live kicked off in Sept. of 2018, most viewers would never have believed it if they heard that the Jonas Brothers would be the penultimate music act of the season. But they guys stunned fans by getting back together and on March 1 dropping their first single in six years, “Sucker.” Kevin, 31, Joe, 29, and Nick, 26, hit the SNL stage on May 11 for the very first time since 2009 and performed that tune, which became their first ever Billboard Hot 100 number one single.  They brought so much energy with the live version while surrounded by giant colorful balloons onstage. The Bros even matched their outfits in red and black colors and were rewarded with a massive standing ovation at the end.

The last time the guys were on the show was on Feb. 14, 2009 when they were at the height of their stardom. The trio performed “Tonight” and “Video Girl” and were introduced by….Hailey Baldwin! She was just 13-year-old at the time and her uncle Alec Baldwin, 61, was hosting the episode the JoBros appeared on. He stood next to her as his little niece and massive JoBros fan introduced the boys before “Video Girl.” Now she’s all grown up and married to Justin Bieber, 25.

It’s been quite a year for The Jonas Brothers both personally and professionally. Nick married actress Priyanka Chopra, 36, in an elaborate three-day wedding extravaganza in her native India beginning on Dec. 1, 2018. Then brother Joe and his fiancee, Game of Thrones star Sophie Turner, 23, shocked fans when after the JoBros performance at the 2019 Billboard Music Awards on May 1, the couple headed to a Las Vegas wedding chapel and tied the knot with an Elvis impersonator officiating. And even crazier, DJ and music producer Diplo, 40, streamed the service live on his Instagram feed.

With that amount of happiness in their personal lives, the JoBros are back on top of the music world in the comeback no one saw coming. On March 1 they released “Sucker” as well as the sexy video that featured their significant others. The song would rocket to the top of the charts, something that never happened even in their heyday.  They’ve got an upcoming album, Happiness Begins and the band is heading out on a 40-date North American tour beginning in August. Their musical guest spot on SNL is just the icing on the cake for the guys as they’re rolling in success these days.