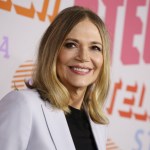 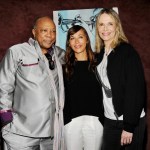 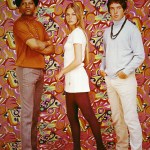 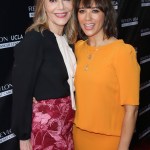 So sad! Actress Peggy Lipton has passed away at the age of 72. We’ve got five things to know about the ‘Mod Squad’ star who was also Rashida Jones’ mother and Quincy Jones’ ex-wife.

Yet another Hollywood treasure is gone with the sad passing of Peggy Lipton at the age of 72. She gained fame as Julie Barnes on on TV’s The Mod Squad from 1968–1973, and was introduced to a new generation of fans as Norma Jennings on David Lynch’s iconic show Twin Peaks. Off-screen she was longtime partner and ex wife of musician and music  mogul Quincy Jones, and had two daughters by him, Rashida , 43, and Kidada., 45. The ladies put out a statement to the L.A. Times about their mom which read “She made her journey peacefully with her daughters and nieces by her side. We feel so lucky for every moment we spent with her.” Here are five things to know about Peggy.

1. Peggy was married to Quincy Jones from 1974-1990 and put acting on hold to raise their family.

The pair married the year after The Mod Sqaud ended and once she had Rashida and Kidada, Peggy went on an acting hiatus to be a stay home mom to her girls. She eventually separated from Quincy and they officially divorced in 1990.

2. Peggy initially started out as a model.

She was 15 when she broke into the modeling business, following by getting smaller acting gigs on shows like Bewitched and The Virginian.

3. Peggy was only 21-year-old when she gained national fame on The Mod Squad.

Her waifish figure and blonde beauty made her perfect for the role of a flower-child turned  undercover hippy cop on the late 60s action series.

Rashida followed her mom into acting is best know for her role on NBC’s Parks and Recreation. Kidada modeled and dabbled in acting but later became a jewelry designer, working with the Walt Disney Company on a line called Kidada for Disney Couture.

5. Peggy was a cancer survivor.

She was diagnosed with and treated for colon cancer when she was 56 but had beat the disease. It’s unclear at this time what her cause of death was.