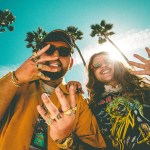 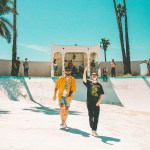 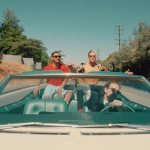 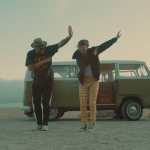 Yung Pinch is the hip-hop artist you need to know. The star has already seen viral success with his catchy, feel-good tracks, & his latest is an all-star collab with GASHI that you’ll be bumping all summer long.

If it seems like Yung Pinch is whipping out hit after hit, well, it’s because he is. The hip-hop newcomer reached viral success with his Lil Skies collab track, “I Know You,” and more recently, Pinch racked up millions of views with “Wouldn’t Be Nothing.” The hit-maker is generating the kind of tracks that don’t only get the thumbs up from fans, but illicit sheer obsession.

As summer fast approaches, the 22-year-old singer/rapper he released yet another feel-good smash and it’s a must-listen. With GASHI on his team for this one, something tells us this one is about to have the same viral success that the Columbia Records signee has seen in the past. On the day the track dropped, we caught up with Yung Pinch to hear all about it in a new HollywoodLife interview.

Why the track title, “Wink Emoji?”

The track is titled “Wink Emoji” because the whole song is themed around a girl that likes me being stored as a smiley face wink emoji in my phone!

How did you link up with GASHI? Did you guys know each other before?

Gashi and I had run into each other a decent amount of times at festivals and parties. We finally found a record that would be perfect for both of us and made it happen while he was out in Cali.

When is the best time to use the wink emoji when texting?

The best time to use the wink emoji is anytime to be honest, haha.

What was the most memorable part of filming the video for the track?

My favorite part of shooting the video was when we were just chilling and skating in that empty pool. We were all just having so much fun skating and drinking – it didn’t even feel like a music video.

Quickly looking back on your track with Lil Skies – that went so viral. Were you expecting that at all?

I don’t really set expectations for songs anymore. I just make good music and hope other people like it, but I definitely knew that one was going to go crazy because the fans have been waiting for me and my brotha Skies to drop another record together.

What else can fans expect from Yung Pinch in 2019?

This year I’m going to continue to try to live my life to the fullest and make the best music that I can possibly make. Also, the new album this summer is about to be my best work so far!